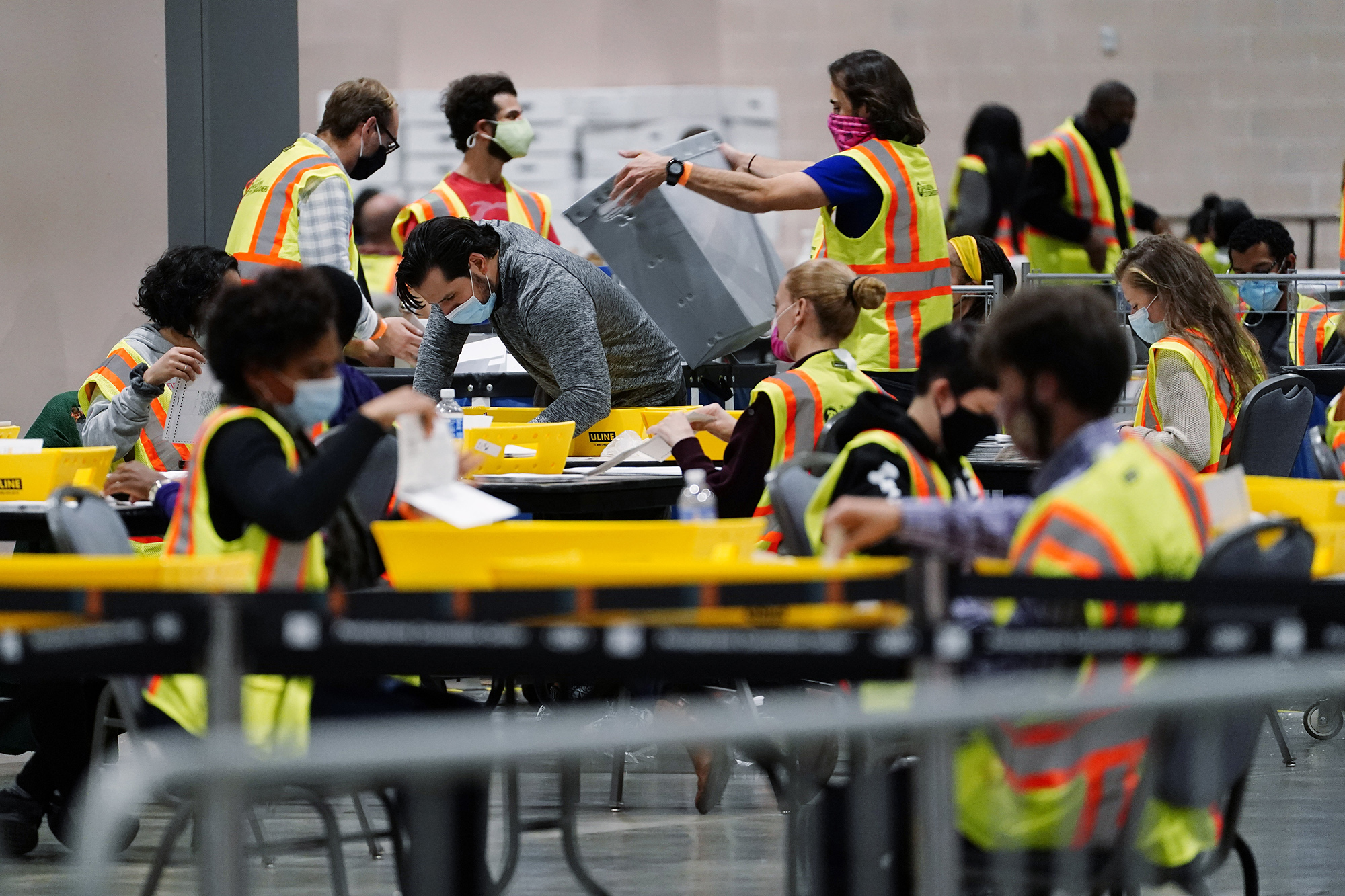 Vote-counting efforts in Philadelphia were temporarily suspended on Thursday following a court order that granted President Trump’s campaign closer access to oversee the operation, according to reports.
The count resumed shortly after noon, the Philadelphia Inquirer said.
The Pennsylvania Supreme Court has not said if it will hear the appeal planned by city officials, the Inquirer said.
Philadelphia’s government is headed by Democratic Mayor Jim Kenney and early election results have heavily favored Democratic presidential candidate Joe Biden.
Earlier Thursday, Commonwealth Court Judge Christine Fazzano ordered that “all candidates, watchers, or candidate representatives” must “be permitted to observe all aspects of the canvassing process within 6 feet, while adhering to all COVID-19 protocols, including, wearing masks and maintaining social distancing.”
That ruling came in response to legal action by the Trump campaign.
Philadelphia election workers process mail-in and absentee ballots on Tuesday.Matt Slocum/AP

Tags:counting, legal, Philadelphia
We use cookies on our website to give you the most relevant experience by remembering your preferences and repeat visits. By clicking “Accept All”, you consent to the use of ALL the cookies. However, you may visit "Cookie Settings" to provide a controlled consent.
Cookie SettingsAccept All
Manage consent