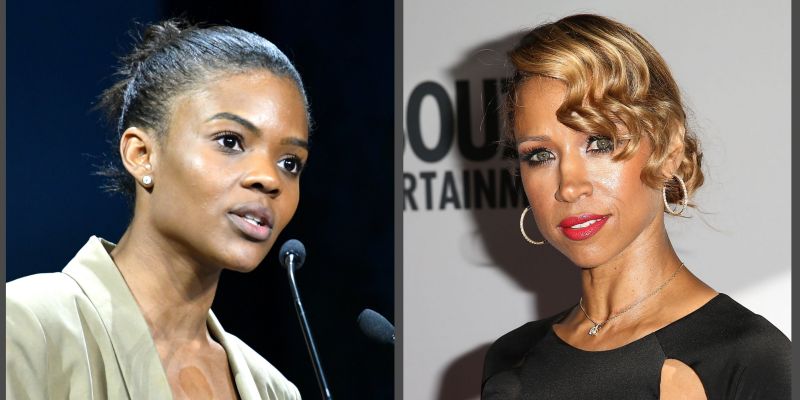 Outside of the fact that I no longer have to see his name or face every time I watch the news, the best part about the departure of our erstwhile president is that the willfully ignorant and often racist extremists he galvanized with his demagoguery seem to have (mostly) gone back underground following the U.S. Capitol insurrection.

Of course, extreme political and social conservatism will always exist as long as whites continue whiting – it’s an expected evil. It’s the black folks who get a platform and soft-shoe their way into that morass who really grind my gears, because it feels like a patent betrayal. Several ash-laden Black men with jacked-up hairlines fit this bill, but it’s especially mind-boggling to see Black women do it – especially in an era where sistas like Stacey Abrams helped guide her state to clench the presidency for Joe Biden, and Atlanta mayor Keisha Lance Bottoms stood up against her governor in the interest of keeping her constituency alive during a pandemic.

And yet, Candace Owens and Stacey Dash have both found it perfectly acceptable to let down all their kinfolk, often and egregiously. Both women are in the news for different reasons: Owens, the loudest-but-wrong-est sista to ever hit the pavement, and whose relationship with Kanye West cemented that dude was really lost, has a new talk show on deck. “The Candace Owens Show” premieres March 19 on The Daily Wire, a conservative network co-founded by ultraconservative author and pundit Ben Shapiro.RELATED: Candace Owens’ BLEXIT Group Paid Black People To Attend Trump’s Reckless White House Event

If for whatever strange reason you’re unfamiliar with Owens, your Googles will reveal all the infuriating stuff she’s said and done in the five or so years since she came to prominence, including crafting the “Blexit” movement urging black folks to defect from the Democratic Party, condemning the COVID-19 vaccine, and, most recently, backing Piers Morgan’s reprehensible comments about Meghan Markle. Owens’ talk show audience will certainly be unmasked and whiter than a book of paint swatches at any Kardashian house. I’m sure every one of the old ladies in her audience will be thrilled to listen to that “one darkie who has some sense” but wouldn’t actually want Owens anywhere near their sons.

Dash cleaved my heart in two years ago when, as one of my favorite 1990s crushes (Illegal in Blue. If you know, you know.), she went wild-turkey-wing conservative and was loud about it. Well, she’s apparently seen the proverbial light, as she recently walked back and apologized for her last several years of f—ery, the worst of which was probably her effusive defense of Donald Trump and his suggestion that there were “very fine people on both sides” of the 2017 Charlottesville tiki-torch hate rally that claimed an innocent life. She even managed to get her bounced from Fox News, which means she wasn’t doing the Stepin Fetchit bit well enough. (Maybe she’s having this change of heart because the bag is no longer there…?)PHOTOS: Every Time Stacey Dash Proved She Was Clueless

Look, I get that folks evolve as they grow – I’m two decades in the print/digital journalism game, and it’s extremely easy to pull up stuff I wrote years ago that I no longer stand behind. But I harbor a natural aversion toward any literate adult who was pro-Trump for any amount of time and who later came out in public opposition to him….as if he didn’t come out of the political gate saying things you’d lock your first-grader in a closet if it came from them. It’s like deciding to raise your car windows up three days into a hurricane. Sure enough, Twitter is happy to let the world know how they feel about Dash’s “apology.”

I hope the viewership for Candace can fill a closet in a Manhattan studio apartment and that Owens ultimately fades back into the Sunken Place from which she came. The real question, though: What’s next for a reformed cookout expat like Dash? Go on an apology tour with every Black digital news publication? Dust off the lip liner and revisit her video vixen roots as a cougar? Illegal in Blue 2, perhaps…? A man can dream.Dustin J. Seibert is a native Detroiter living in Chicago. He loves his own mama slightly more than he loves music and exercises every day only so his French fry intake doesn’t catch up to him. Find him at wafflecolored.com.