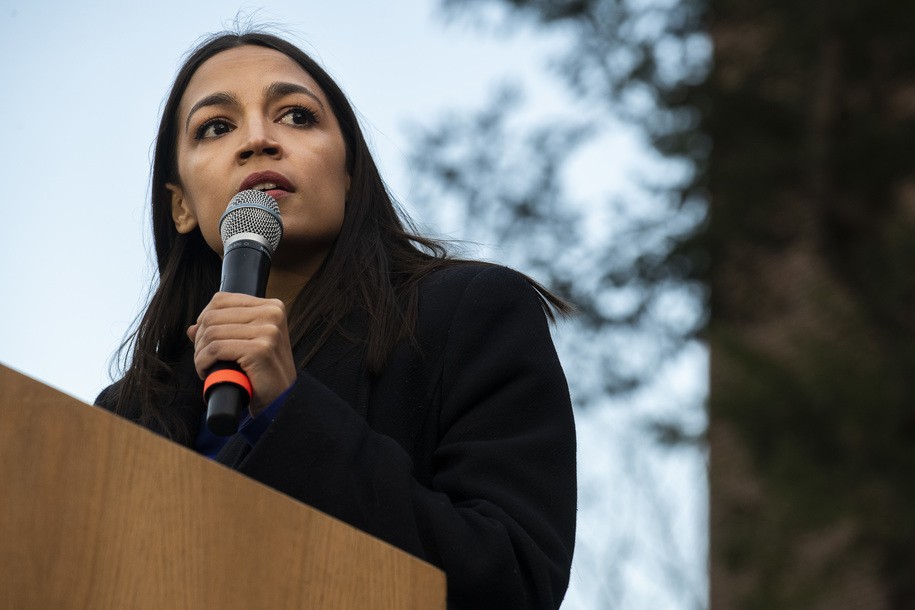 It made the educator’s day when the progressive New York legislator responded. Jacobs tweeted: “One of my lowest days this summer, worried about my teaching future. And then this:”

”Ms. Jacobs! Is that you?!” Ocasio-Cortez tweeted. “Yes, I do remember the poems we recited in second grade! You prepared me perfectly for this moment. Thank you for teaching me, encouraging my growth, and believing in me as a child”

”Yes, yes!!! It’s me! I’m here. I’ve been here. (Trying to reach you for the past 2 years…) You are my superhero! I want to give you a hug when hugs are safe again. Always always here for you. xoxoxoxoxo PS Sometime I can share the page you wrote in my end-of-year teacher book.”

Ocasio-Cortez was asked to deliver a prerecorded speech approved by the Democratic National Convention while fellow Democrats like Senate Minority Leader Chuck Schumer and former Indiana Mayor Pete Buttigieg are being allowed live, virtual speeches, according to Business Insider. It is a move that earned the convention much criticism online.

xWow….the Democratic Party is basically telling progressives to go elsewhere at this point. Bad strategy toward 40-45% of the party https://t.co/fWoOl90SMZ— Jordan (@JordanChariton) August 12, 2020

“Someone please tell me this ain’t true. Please tell me that @AOC does not have a literal sixty seconds to deliver remarks at the @DNC Convention?? Tell me it ain’t so. 🤦🏻‍♀️” tweeted author and co-chairwoman of the 2017 Women’s March Linda Sarsour.

Nabilah Islam, who unsuccessfully ran to represent Georgia’s 7th congressional district in June, tweeted: “REPUBLICAN John Kasich is getting more time to speak at the DEMOCRATIC national Convention than @AOC. That is all.”

Want a safe, effective way to get out the vote this fall? Set up an account with Vote Forward, and start writing personalized letters to infrequent, but Democratic-leaning, swing state voters.