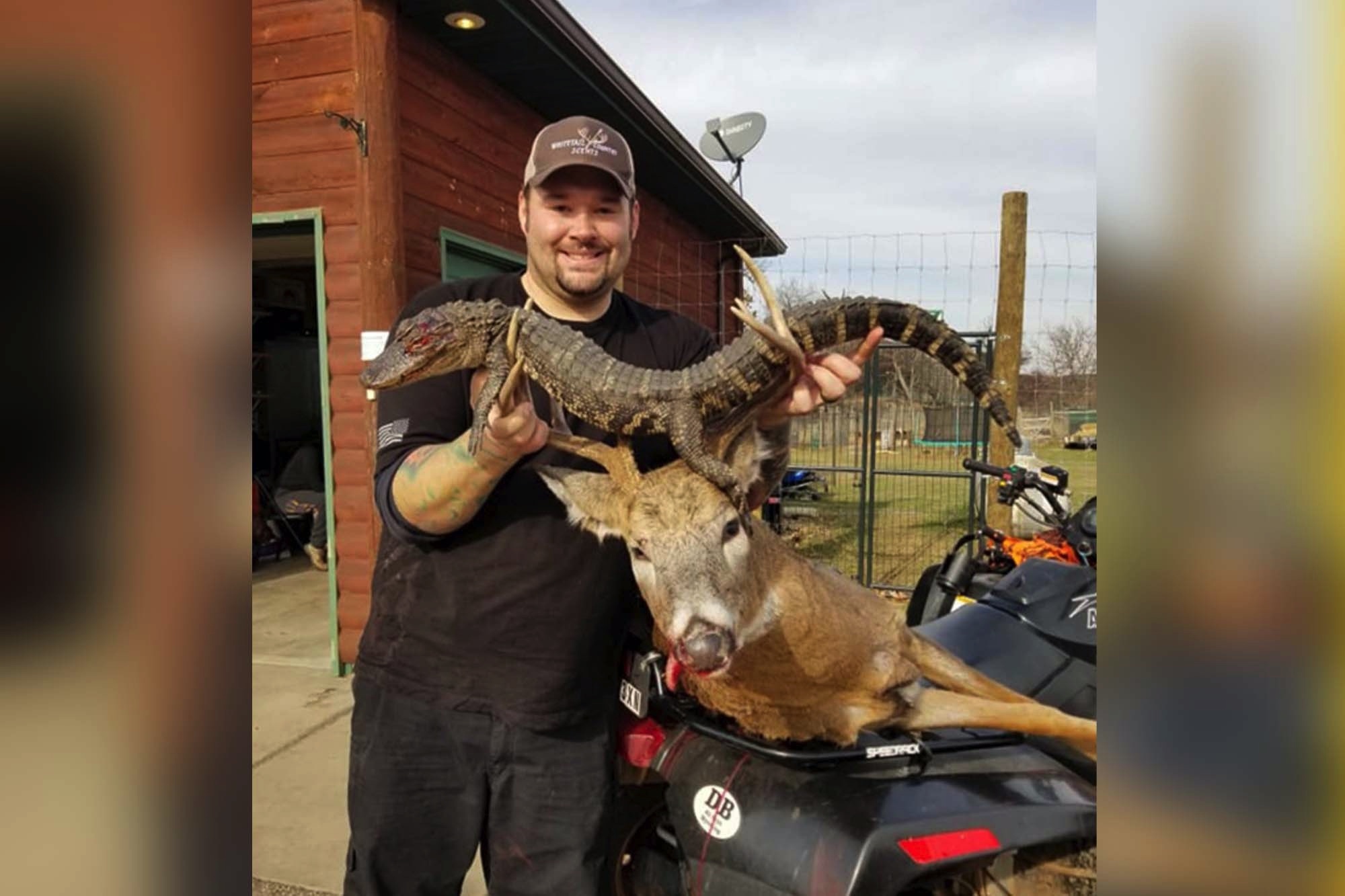 A Minnesota deer hunter had an opening day to remember, bagging a 10-point buck — and an alligator.

Cory Klocek described the odd chain of the events from Saturday’s firearm hunting opener on Facebook, declaring, “only in 2020 can you go out to sit for deer gun season opener in Minnesota and shoot an alligator.”

Klocek theorized the reptile was somebody’s pet until it was released when it grew too big.

He said he spotted the gator 10 feet in front of him while tracking the buck near a pond.

“After contacting the game warden, I was informed I could shoot it,” Klocek wrote.

The hunter said he plans to mount the two together “in a fun taxidermy piece.”

The Minnesota Department of Natural Resources told Fox 9 in a statement that alligators, which are invasive in the state, are not protected under the law.