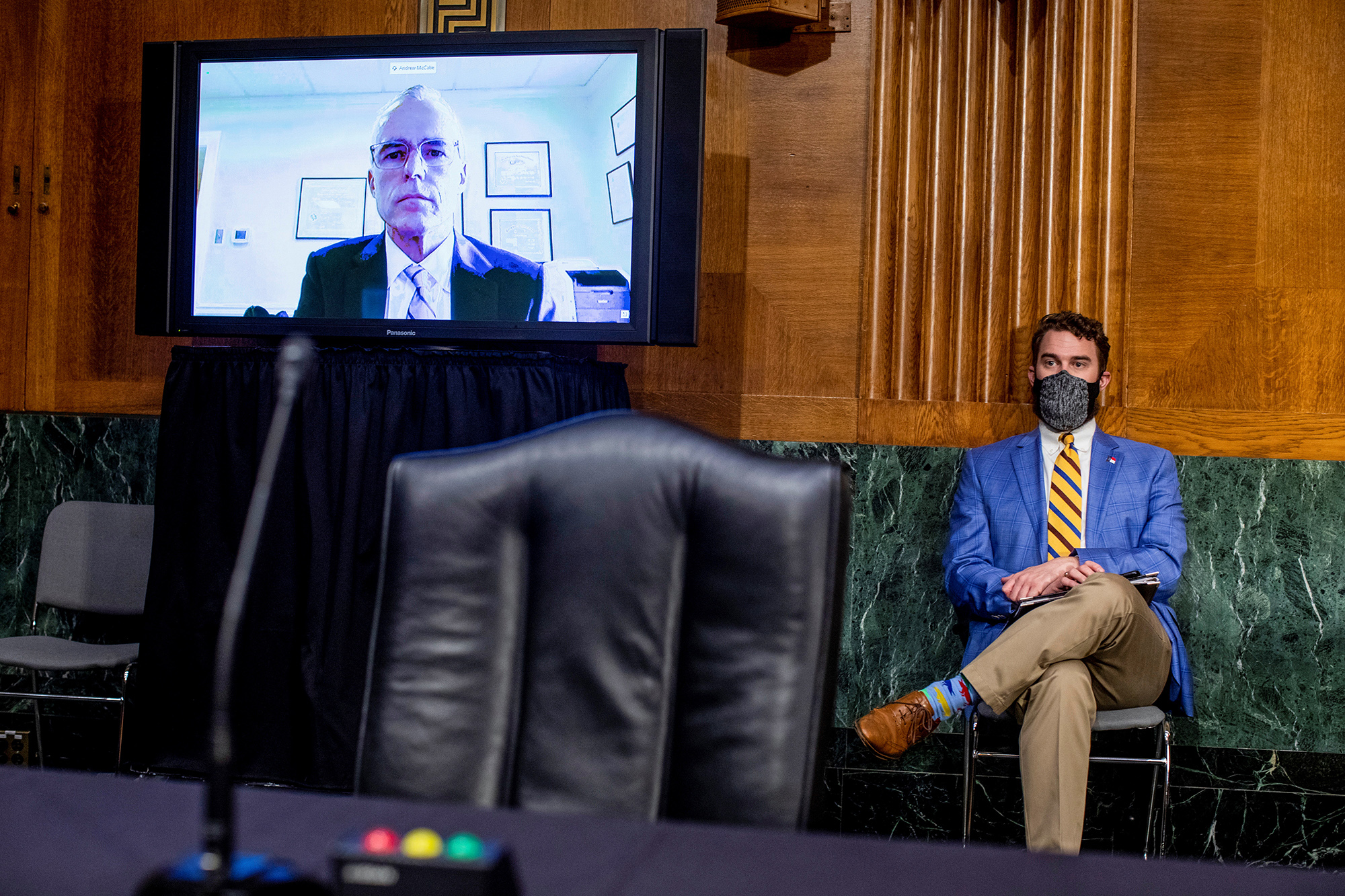 WASHINGTON — Former deputy FBI chief Andrew McCabe was grilled by lawmakers on Tuesday who leveled charges that the agency had “gone rogue” in the origins of the Russia probe into President Trump’s campaign.

Senate Judiciary Chairman Lindsey Graham (R-S.C.) hammered the former deputy FBI director over the agency’s failure to act when the CIA informed them of Hillary Clinton’s “plan” to tie Trump to Russia as a means of “distracting the public from her use of a private email server” before the 2016 election.

“Did you know about it?” Graham said of the CIA memo.

“I was not aware of that memorandum,” the former intelligence operative said.

“You get a CIA memo investigative lead memo suggesting that the Democratic candidate for president Hillary Clinton is trying to divert attention from her email server problem by casting aspersions against the Trump campaign being connected to Russia, and you didn’t know about it? How is that possible?” he went on.

McCabe said the memo went to fired FBI chief James Comey and disgraced FBI agent Peter Strzok, who McCabe insisted showed no bias in his work despite the scandal of his texts showing a clear anti-Trump bias.

Graham also unloaded on McCabe for signing off on a flawed FISA warrant to spy on Trump campaign aide Carter Page which an ex-FBI lawyer has since pleaded guilty to falsifying documents in order to obtain.

“If you knew then what you know now would you have signed the warrant application in June of 2017 against Carter Page? Graham asked.

“Who is responsible for ruining Mr. Carter Page’s life?” Graham ventured, saying the warrant was “completely devoid of the truth.”

“I think that we are all responsible for the work that went into that FISA,” a sheepish McCabe responded.

The deputy FBI chief was installed as the head of the agency after Comey was fired by Trump in 2017.

GOP Sen. John Cornyn of Texas told McCabe during the hearing that he believed the agency had “gone rogue” — a charge the witness pushed back against.

“At no time while I was in the FBI did we the make a decision to interfere in any presidential election,” he said.

He repeatedly denied allegations of bias in the intelligence community.

“We opened a case to find out how the Russians might be undermining our election. We opened the case because it was our obligation, and our duty to do so. We did our job.”

Tags:admits, carter, mccabe, signed, warrant, wouldn
We use cookies on our website to give you the most relevant experience by remembering your preferences and repeat visits. By clicking “Accept All”, you consent to the use of ALL the cookies. However, you may visit "Cookie Settings" to provide a controlled consent.
Cookie SettingsAccept All
Manage consent