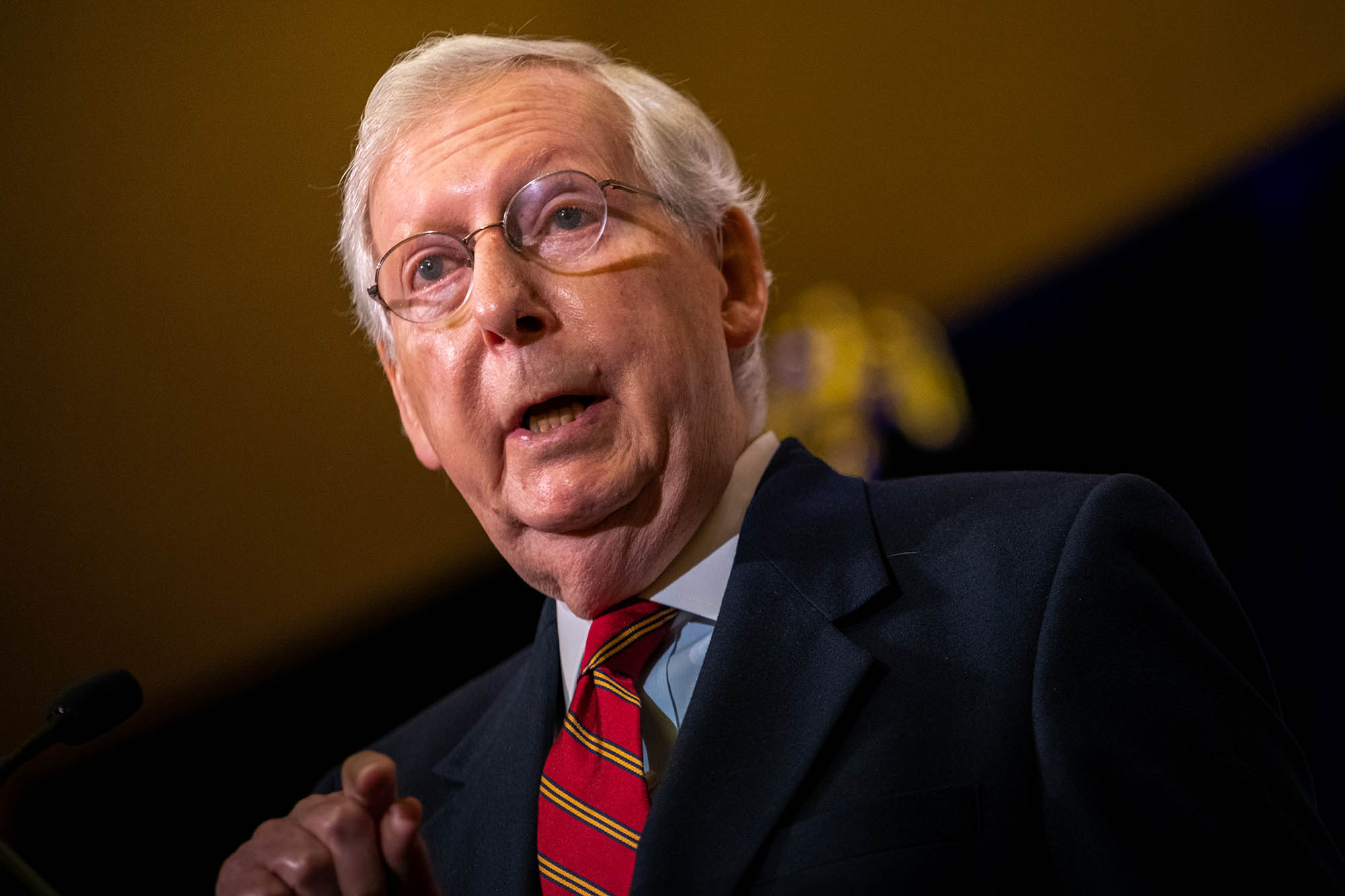 President Trump should not be expected to “cheerfully, immediately” accept the outcome of the contested 2020 race, Senate Majority Leader Mitch McConnell said in a speech from the Senate floor on Monday.

In his first remarks since Joe Biden was called the winner of the presidential election based on projections, McConnell defended Trump’s use of litigation to challenge vote counts in various states and blasted Democrats like Hillary Clinton for claiming Trump would try to steal the election.

“Let’s not have any lectures, no lectures, about how the president should immediately, cheerfully accept preliminary election results from the same characters who just spent four years refusing to accept the validity of the last election and who insinuated that this one would be illegitimate too if they lost again — only if they lost,” the Kentucky Republican said.

“The people who push this hysteria could not have any more egg on their faces than they do right now,” McConnell said of charges that foreign countries would interfere in the presidential election.

While calling for every legal vote to be counted, McConnell, who just won his own re-election in a landslide, said the commander-in-chief was “100 percent within his rights to look into allegations of irregularities and weigh his legal options.”

“The president has every right to look into allegations and to request recounts under the law and notably the Constitution gives no role in this process to wealthy media corporations,” he said.

“The projections and commentary of the press do not get veto power over the legal rights of any citizen, including the President of the United States,” he went on.

The president has pushed charges of widespread “fraud,” claiming that Democrats stole the election from him while filing a flurry of litigation over vote counts in states where Biden won on a razor-thin margin.

McConnell also skewered Democrats over their promise of a “blue wave” which never eventuated, saying that the American people  “reacted to House Democrats radicalism and obstruction by shrinking the Speaker’s majority, and electing more Republicans.”

Tags:democrats, denied, lectures, result
We use cookies on our website to give you the most relevant experience by remembering your preferences and repeat visits. By clicking “Accept All”, you consent to the use of ALL the cookies. However, you may visit "Cookie Settings" to provide a controlled consent.
Cookie SettingsAccept All
Manage consent