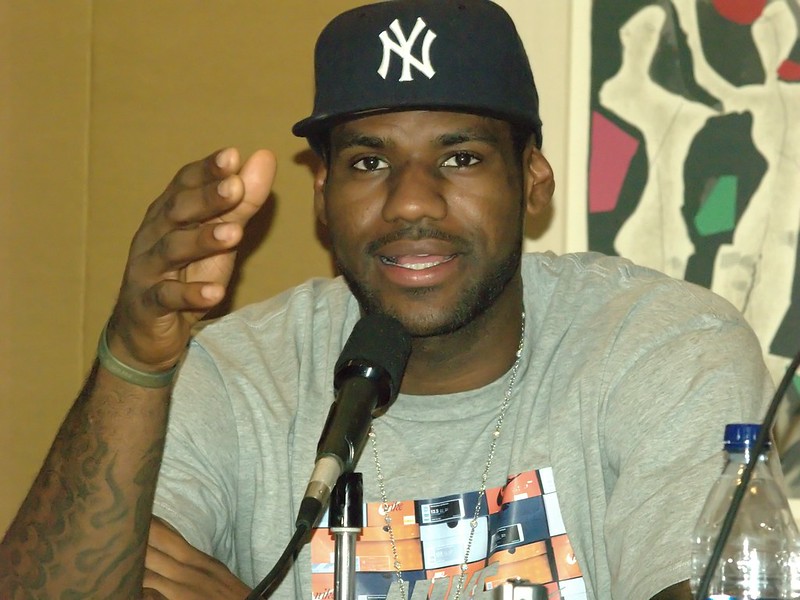 LeBron James is not only one of the richest and most successful athletes in the world, he’s also one of the most charitable. The Lakers star has paid for numerous college educations, served thousands of meals and even built a school in his home town of Akron, Ohio.
This year, the basketball star has turned his attention towards voting rights and fighting voter suppression. James formed a group called More Than a Vote alongside other star athletes and in conjunction with NAACP Legal Defense Fund.
The newest initiative for the group is an effort to recruit poll workers in predominantly black neighborhoods. As seen earlier this year, lack of poll workers can lead to long lines and confusion as to where people are supposed to vote.

This was evident during Georgia’s primary in June. The state had already closed a number of polling places in black neighborhoods. Images surfaced of incredibly long lines and overworked poll workers.
James tweeted images from the primary and tweeted, “Everyone talking about ‘how do we fix this?’  They say ‘go out and vote?  What about asking if how we vote is also structurally racist?”

Everyone talking about “how do we fix this?”  They say “go out and vote?”  What about asking if how we vote is also structurally racist? https://t.co/GFtq12eKKt
— LeBron James (@KingJames) June 9, 2020

The initiative will especially be aimed at swing states that could help decide the 2020 election. Some of the states targeted include Georgia, Michigan, Wisconsin, Florida and Ohio.