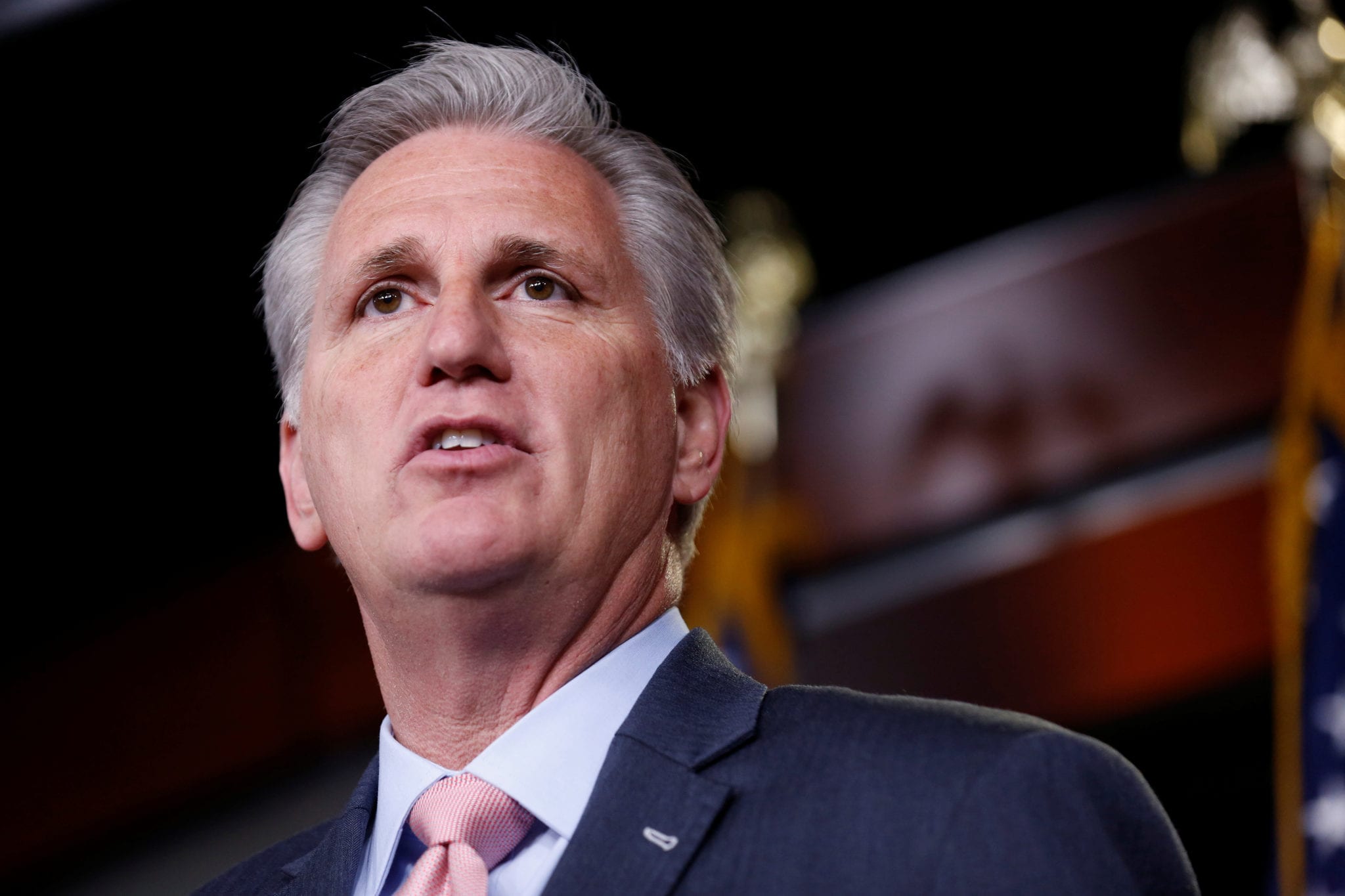 Minority Leader Kevin McCarthy responded to Speaker Pelosi blocking Jim Jordan from the 1/6 Committee by pulling all of his picks.

Kevin McCarthy has responded by saying he’s pulling all 5 of his GOP picks from the committee.
Also the committee is charged with investigating the Jan. 6 insurrection that was fueled by the same lie he told about voter fraud when he voted to overturn the presidential election.
— Jennifer Bendery (@jbendery) July 21, 2021

Kevin McCarthy Is Tantruming Because Speaker Pelosi Won’t Allow Trump’s Picks On The Committee.
Three of McCarthy’s five choices for the House Select Committee were Republicans who voted against certifying the presidential election victory of President Biden. McCarthy also made his picks of Reps. Jim Jordan (R-OH) and Rep. Jim Banks after consulting with former President Donald Trump.
McCarthy is sending the message that if Speaker Pelosi won’t allow him to turn the investigation into a circus of conspiracy theories and distractions, he is taking his ball and going home.

Speaker Pelosi already has one Republican serving on the Committee (Rep. Liz Cheney). The Committee is bipartisan and has the majority that is needed to begin its work.
Speaker Pelosi laid down the law, and now Minority Leader McCarthy is going to complain that the investigation is “partisan” because the Speaker would not allow him to add Trump worshipping conspiracy theorists to wreck the investigation.
Mr. Easley is the managing editor, who is White House Press Pool, and a Congressional correspondent for PoliticusUSA. Jason has a Bachelor’s Degree in Political Science. His graduate work focused on public policy, with a specialization in social reform movements.