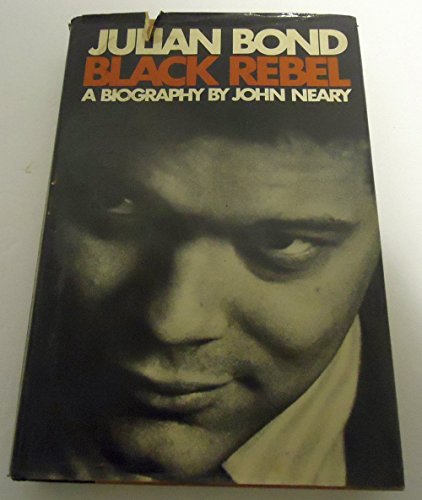 Add to cart
Rating:
Amazon Price: $12.50 (as of October 25, 2020 7:10 pm – Details). Product prices and availability are accurate as of the date/time indicated and are subject to change. Any price and availability information displayed on the Amazon site at the time of purchase will apply to the purchase of this product.

Taken from the dust jacket: "Julian Bond is on of the handful of contemporary Southerners who make the cliche' adjective 'beautiful' really mean something. He is just that, a beautiful person: tough, witty, sophisticated, elegant in a crisis. And John Neary has perfectly bought these qualities together in this enviably fast, extremely readable biography." – Robert Sherrill. This revealing, brilliantly written book is the first to explain Julian Bond: rebel (both Southern and black), poet, politician, activist, and pacifist. It was Julian Bond, duly and legally elected to the Georgia State Legislature, who was denied his seat by that body because he had supported SNCC's ant-war stand when it was not politically safe t do so. He sits there now only because of a U.S. Supreme Court order. It was Julian Bond who fought for and led the first fully integrated Georgia delegation to the 198 Democratic Convention. There he became the first black man in history to be nominated for the Vice Presidency — and declined because he was under age. And it is Julian Bond, outspoken and eloquent, who continues to travel and speak throughout the land, and who, with his poet's vision, has tried to make the American system bend, expand and work for everyone