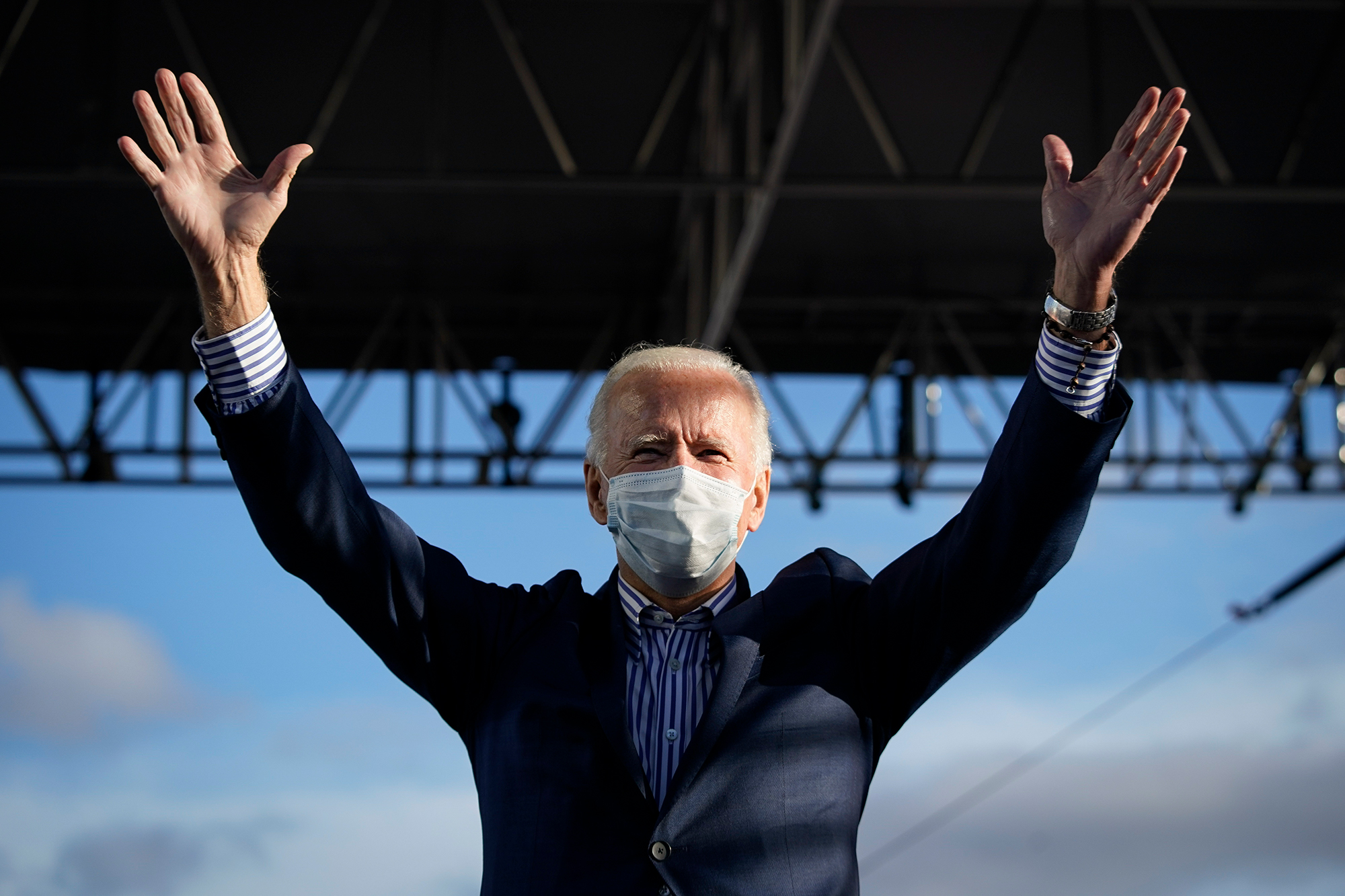 Joe Biden’s deputy campaign manager said the former vice president is running “incredibly hard” when questioned whether the Democratic nominee is ignoring the battleground states where President Trump is making a concerted push in the race’s final days.
NBC News’ anchor Chuck Todd pointed out that the president has campaigned more than Biden in North Carolina, Florida and Arizona while the former veep is heading to Georgia on Tuesday.
“We are campaigning incredibly hard,” Kate Bedingfield said on “Meet the Press” Sunday.
She noted that Biden has visited the battleground states “multiple times” and appeared at two events in Pennsylvania on Saturday, even as Trump held rallies on Saturday in three swing states — North Carolina, Ohio, and Wisconsin — that made the difference in 2016.
“We have been very aggressively campaigning but here’s, here’s the difference between what we’re doing and what Donald Trump is doing. We’re doing it safely,” she said.
“I think we have campaigned aggressively and creatively and safely, and you know, frankly, I think that’s what Americans are looking for,” she said.
Trump campaigned in New Hampshire on Sunday, will travel to Pennsylvania on Monday and will hold rallies on Tuesday in Michigan, Wisconsin and Nebraska.
Biden on Sunday will hold a virtual “I Will Vote” event.

Tags:biden, Campaign, ignoring, insists, states, swing
We use cookies on our website to give you the most relevant experience by remembering your preferences and repeat visits. By clicking “Accept All”, you consent to the use of ALL the cookies. However, you may visit "Cookie Settings" to provide a controlled consent.
Cookie SettingsAccept All
Manage consent