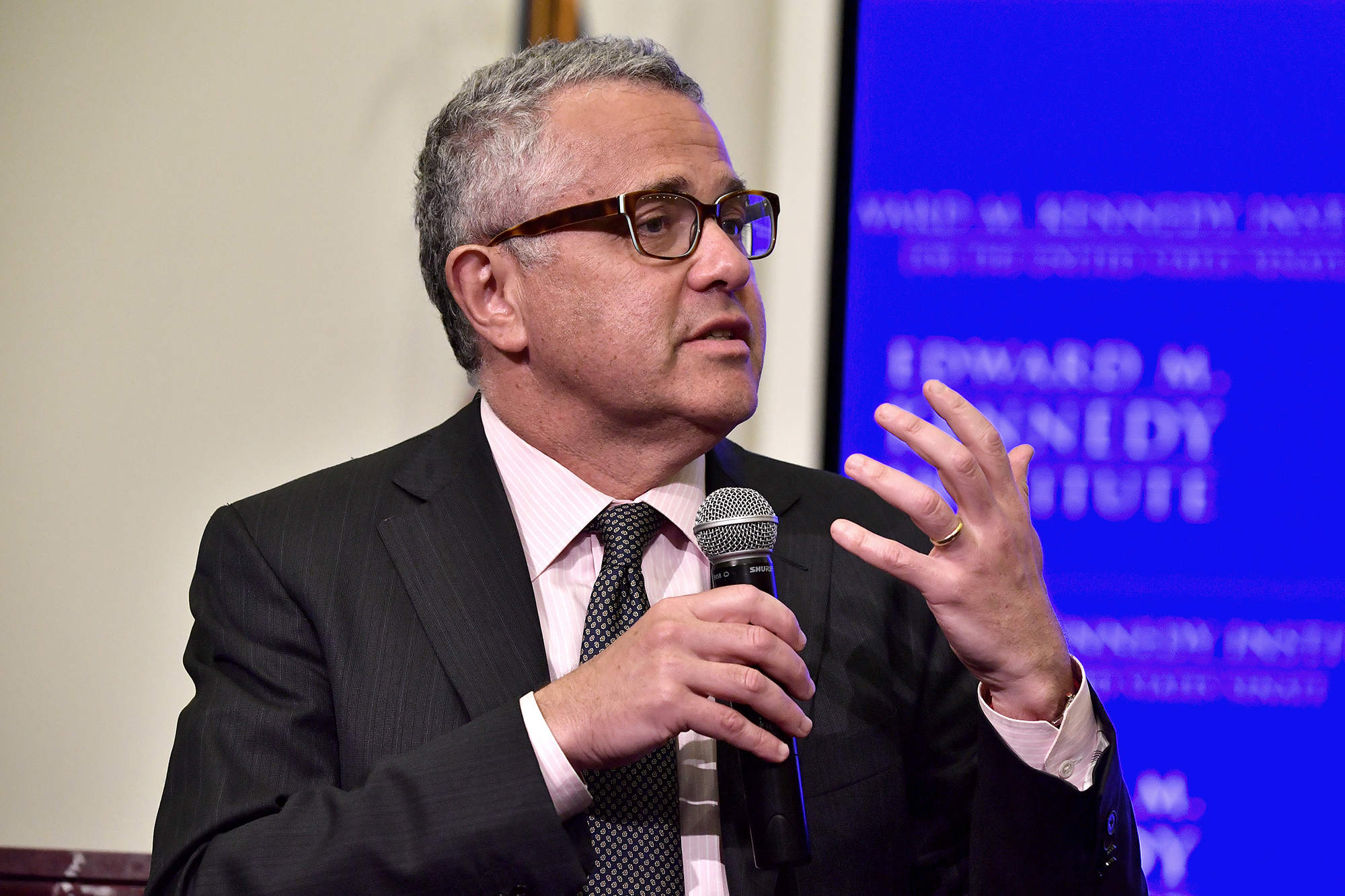 The 60-year-old staff writer was fired following a three-week probe into an incident where he was allegedly caught pleasuring himself during an election simulation work call with some of the magazine’s biggest names.

“As a result of our investigation, Jeffrey Toobin is no longer affiliated with the company,” a New Yorker spokeswoman confirmed to The Post.

The mag’s parent company, Condé Nast, announced that the Harvard alum had been given the boot in a memo to staffers obtained by The Post.

“I am writing to share with you that our investigation regarding Jeffrey Toobin is complete, and as a result, he is no longer affiliated with our company,” read the memo from the corporation’s Chief People Officer Stan Duncan.

“I want to assure everyone that we take workplace matters seriously. We are committed to fostering an environment where everyone feels respected and upholds our standards of conduct,” the memo added.

Toobin also confirmed he’d been fired in a tweet, writing: “I was fired today by @NewYorker after 27 years as a Staff Writer. I will always love the magazine, will miss my colleagues, and will look forward to reading their work.”

The New Yorker suspended Toobin in mid-October after the incident. He was also placed on leave from CNN, where he is a senior legal analyst.

In a statement at the time, Toobin said he made “an embarrassingly stupid mistake, believing I was off-camera.’’

“I believed I was not visible on Zoom. I thought no one on the Zoom call could see me. I thought I had muted the Zoom video,’’ he said.

“I apologize to my wife, family, friends and co-workers.’’