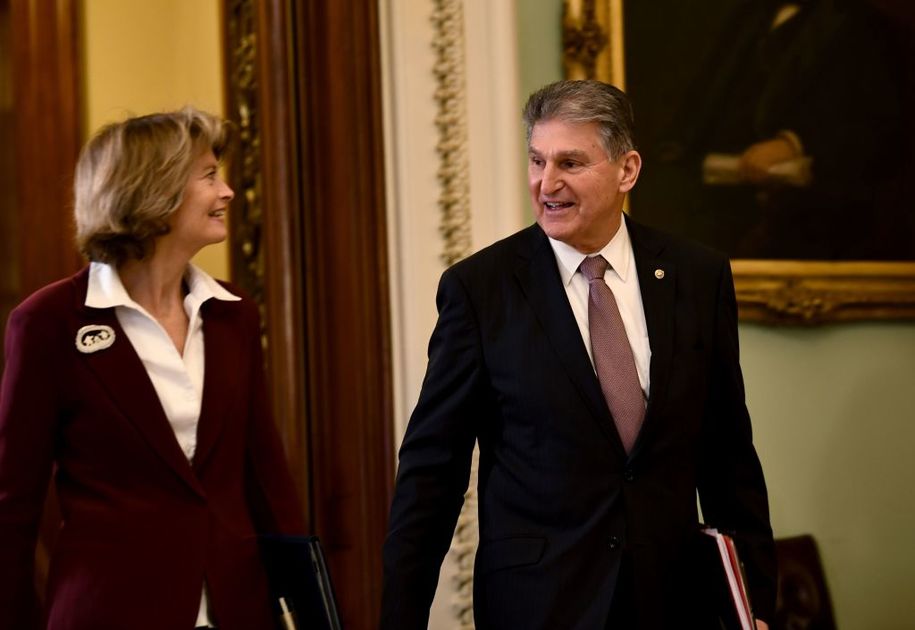 Each of the examples Murkowski brought up are things that a Republican really committed to bipartisan elections reform and voting rights would welcome the opportunity to work on with Democrats. She wouldn’t even consider that. She wouldn’t even go so far as to show Manchin that she is working in good faith with him on the more limited VRA reauthorization (which passed on a unanimous vote back in 2006 and which McConnell has already announced his opposition to). So for all the Democrats who think maybe there’s a chance that there are “good” Republicans who are going to help save democracy? Dream on. You can’t even get Murkowski to agree to debate it.

If you can’t get Murkowski that far into the process, you sure as hell aren’t going to get nine more Republicans to suddenly see the light on making sure everyone has free and fair access to the ballot box. That means you, Joe Manchin. And you, Kyrsten Sinema. And you, Chris Coons. And especially you, Dianne Feinstein.

That means the John Lewis Voting Rights Act reauthorization bill, which has been declared “unnecessary” by McConnell, is not going to get 10 Republican votes to pass, even if there are currently 10 Republicans who were there for the unanimous reauthorization of the bill 15 years ago. (Before the Robert Supreme Court gutted it in 2013, giving Republicans yet another electoral advantage in making voter suppression legal again.)

The Atlantic’s Russell Berman asked and “could find no Republican senators willing to join Murkowski in committing their support to a reauthorization of the Voting Rights Act.” Susan Collins said she wasn’t ready to talk about it. Bill Cassidy of Louisiana wouldn’t answer. Retiring Richard Shelby of Alabama said he’s “skeptical” that Democrats are trying to “overrule” the Supreme Court. There is no path for voting rights restoration in this Senate, with the filibuster. Period. Bernie Sanders gets it:

xIs there a bipartisan compromise that could be reached on voting right?BERNIE: “No. There’s no bipartisan–Look, you tell me, if you know any Republican who’s prepared to vote to support democracy and voting rights I would love to seen them, there aren’t any….”— Frank Thorp V (@frankthorp) June 23, 2021

Where does that leave the Democrats? For one thing, it leaves them needing their president to use his bully pulpit. He’s thus far not doing that. One White House official told AP that “in private, White House advisers see infrastructure as the bigger political winner for Biden because it’s widely popular among voters of both parties.” They believe that passing infrastructure “as going further towards helping Democrats win in the 2022 midterms and beyond than taking on massive voting overhaul that had a slim chance of passage without a debate over filibuster rules, said the official, who requested anonymity to discuss internal talks.”

What they seem to be missing is the fact that at least 14 states have already enacted 22 new laws suppressing the vote. That’s as of the end of May. Plenty of state legislatures are still in session and working on it. “Indeed, at least 61 bills with restrictive provisions are moving through 18 state legislatures. More specifically, 31 have passed at least one chamber, while another 30 have had some sort of committee action (e.g., a hearing, an amendment, or a committee vote),” the Brennan Center reports.

However much voters might love the infrastructure bill is moot if they can’t cast a ballot.

That’s what Biden and his advisers need to understand, embrace and act upon. They need to look at the 50-50 Senate and the very slim majority Democrats have in the House. They need to see redistricting—and gerrymandering—getting underway right now in states, and fully grasp the fact that Republicans could very well control the 2022 midterm elections. Without Congress, nothing Biden proposes in the last two years of this term will happen. Republicans have already promised that. Sen. John Barrasso promised GOP donors Republicans will “make Joe Biden a one-half-term president.” That’s after McConnell announced his intention to prevent Biden from having a Supreme Court appointment in those last two years of his term, should Republicans get the Senate back.