The playlist above contains several videos featuring Dhoruba Bin Wahad. Each video is accompanied by books linked to the subject matter being discussed. 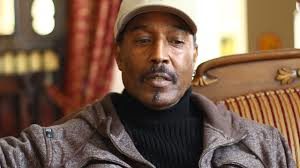 According to eyewitnesses, 71 year-old Dhoruba Bin Wahad and the others approached the side of the stage where attorney Malik Zulu Shabazz was speaking. While standing there, Shabazz, leader of the New Black Panther Party asked, “Who is that?” Bin Wahad replied, “You know who I am!” Shabazz responded “WAHAD! We’ll deal with you later!” Bin Wahad countered with “You can deal with me now…” Knowing that Dhoruba Bin Wahad was there with information that would publicly expose Shabazz’s government affiliations that contradict his stance as a Nationalist and activist for Black liberation, Shabazz immediately ordered the NBPP members in attendance to “Get his b*tch ass out of here!” At that point the whole group was mobbed and violently attacked by at least 25 members of the audience. As they defended themselves, the men were struck with chairs and other objects. Bin Wahad’s jaw was broken in three places, one of his associates was choked unconscious and others received head gashes that required staples.
As of this release, Bin Wahad is undergoing a 6-hour surgery to reconstruct his jaw and the others have been treated and released. More details will follow as information is gathered.

It should be pointed out that Dhoruba Bin Wahad’s credentials as a legitimate leader of the Black Panther Party, and his international recognition as a long standing political prisoner, is well documented. Below are some links where you can read more on Dhoruba and his history. The question for you to consider is this: If Dhoruba is, and has been, a genuine leader of African American people, then why would Malik Zulu Shabazz give an order to his followers to attack Dhoruba?

Not fully visible in the first of these two pictures, the person at the podium speaking (wearing the yellow shirt  with is hand raised) was Dhoruba Bin Wahad. In the bottom picture, he is standing behind Winnie Mandela. Dhoruba had been chosen by fellow NY activists to greet and welcome Nelson Mandela to Harlem. He was chosen because we thought it was appropriate for Mandela (who had spent 27 years in Prison) to be welcomed by an African American political prisoner who had spent 19 years in prison. The date was June 20th 1990, and that day, Dhoruba Bin Wahad spoke to more than a quarter of a million African Americans in attendance on Harlem’s 125th street. These facts I can authenticate, because I was on that stage. Segundo

#1. Who was the first African American US Senator

#9. Who was the first black mayor of a Major US City? ? While Richard

#10. Who was the first chairman of SNCC?

Tags:Black, former, leader, Panther, party, york
We use cookies on our website to give you the most relevant experience by remembering your preferences and repeat visits. By clicking “Accept All”, you consent to the use of ALL the cookies. However, you may visit "Cookie Settings" to provide a controlled consent.
Cookie SettingsAccept All
Manage consent