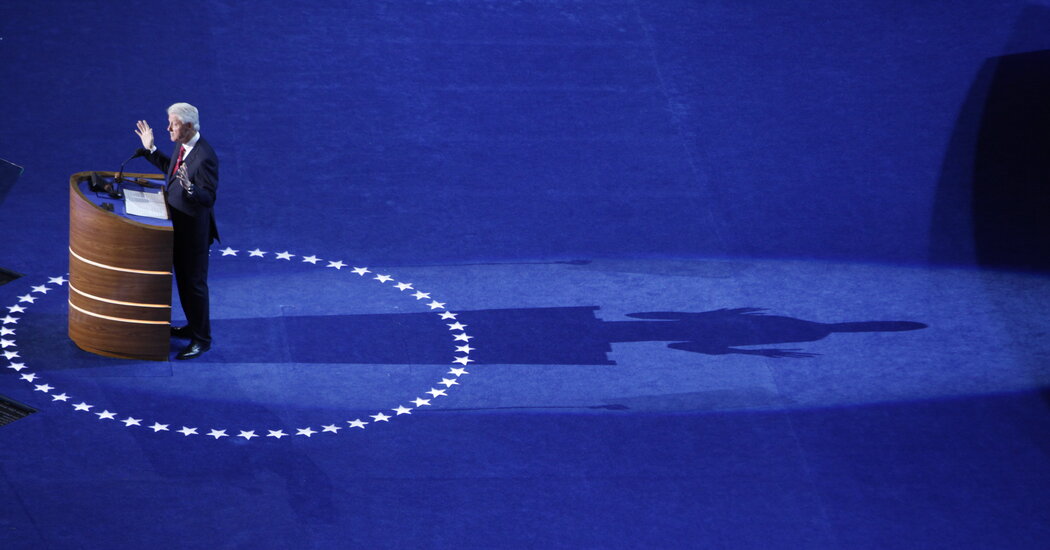 Mr. Clinton remains a complicated figure in many parts of the country. The emergence of the #MeToo movement prompted a reappraisal among some on the left about the various accusations of sexual misconduct lodged against him, not just the affair with Monica S. Lewinsky that he eventually admitted to, but allegations of harassment or assault by Juanita Broaddrick, Kathleen Willey and Paula Jones that he continues to deny.He remains generally popular with Democrats but a passing figure for many seeking a more activist era. A CBS News poll released last weekend found that 56 percent of Democrats wanted to hear Mr. Clinton speak, compared with 44 percent who did not. By contrast, 63 percent wanted to hear from Representative Alexandria Ocasio-Cortez, the New York Democrat who has become the vanguard of the party’s emerging left wing.“It’s been 25 years since he’s been president,” said Patti Solis Doyle, a former aide to Hillary Clinton and her first campaign manager in 2008. “He ran much more as a conservative; he governed much more as a conservative. The party now has moved further left than it has ever been. I think his time as a politician has passed.”Still, other former advisers said Mr. Clinton’s record might be more centrist, but his goals were the same — to lift those at the bottom rung of the economic ladder.“If you talk to the people on the left, they’ll argue that they have a different theory of the case,” said John D. Podesta, his former White House chief of staff. “But when you look at the results, he delivered what people are saying they want. All those indicators were extremely strong during his presidency. That’s basically his legacy. He knew how to govern on behalf of the people who brought him to the dance.”Mr. Biden and Mr. Clinton in some ways have similar political styles, both extroverts who turn on the charm on the campaign trail and connect with voters on a personal level. They share some policy achievements as well, including some that have come back to haunt them, like the signature crime bill that Mr. Biden helped push through Congress and Mr. Clinton signed in 1994 with mandatory sentencing that both have said they regret.Yet Mr. Biden has had his testy moments with the Clintons over the years. In 1998, after learning that Mr. Clinton had lied about having sexual relations with Ms. Lewinsky, Mr. Biden said he wanted to “punch him right square in the nose.” More recently, he and Mrs. Clinton were rivals over who would carry the Obama torch, with him ultimately deferring to her in 2016 only to rue the decision after Donald J. Trump narrowly beat her.