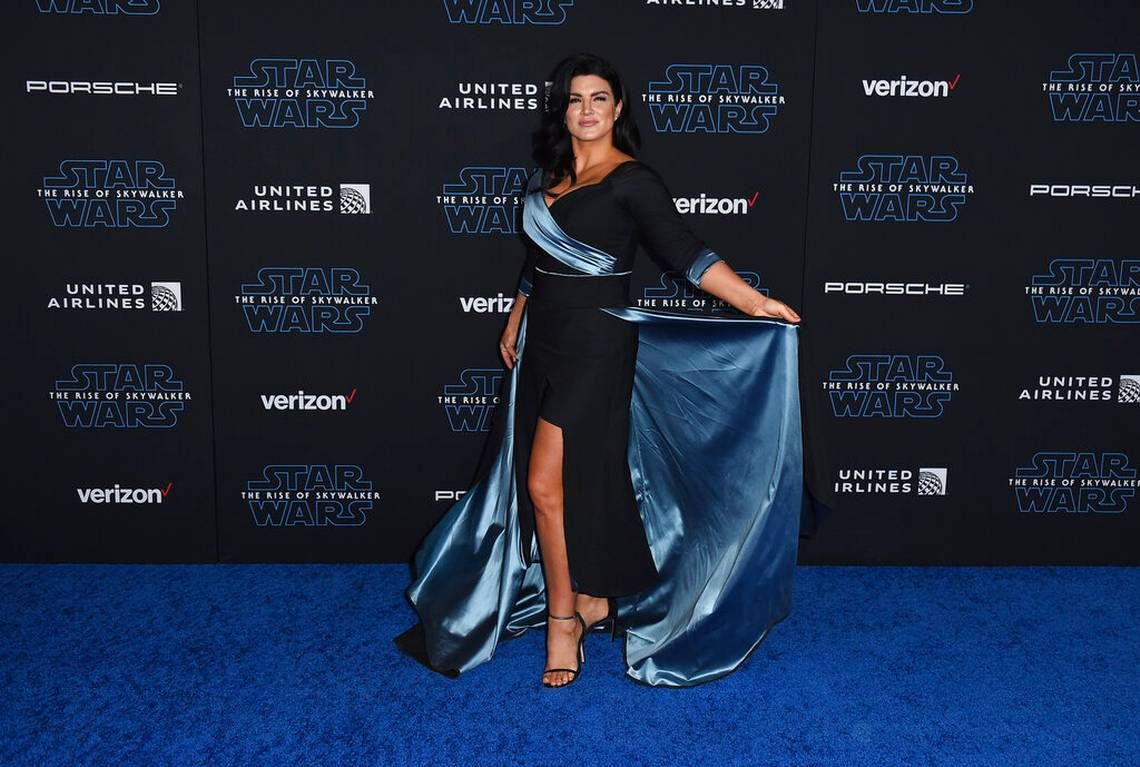 Gina Carano, who was fired this week from “The Mandalorian” after a series of controversial social media posts, already has a new project in the works.Conservative news outlet The Daily Wire announced Friday that Carano will produce and star in an upcoming movie exclusive to members of its website.Details of the movie have not been announced.“The Daily Wire is helping make one of my dreams — to develop and produce my own film — come true. I cried out and my prayer was answered,” Carano said Friday, according to The Daily Wire. “I am sending out a direct message of hope to everyone living in fear of cancellation by the totalitarian mob. I have only just begun using my voice which is now freer than ever before, and I hope it inspires others to do the same. They can’t cancel us if we don’t let them.”In an Instagram post earlier this week, Carano compared being a Republican in the United States to being a Jew in Nazi Germany. She later deleted the post, but #FireGinaCarano trended on Twitter — one of several times that has happened.‘Mandalorian’ star Gina Carano compares political climate to Nazi Germany on Instagram“Jews were beaten in the streets, not by Nazi soldiers but by their neighbors…even by children,” Carano said in the post, Variety reported. “Because history is edited, most people today don’t realize that to get to the point where Nazi soldiers could easily round up thousands of Jews, the government first made their own neighbors hate them simply for being Jews. How is that any different from hating someone for their political views.”She has previously been accused of mocking members of the transgender community on social media, and she alleged voter fraud in the 2020 presidential election and had other posts ridiculing the use of face masks to protect against COVID-19, according to multiple outlets.Lucasfilm, which created “The Mandalorian” series for Disney Plus, called her posts “abhorrent and unacceptable” in announcing Carano is no longer employed with the company.Story continues‘Mandalorian’ star Gina Carano fired after series of ‘abhorrent’ social media postsAfter the news of her firing, #CancelDisneyPlus trended on Twitter as many conservative voices gave their opinion.Texas Republican Senator Ted Cruz was among the people who came to the defense of Carano.“Texan Gina Carano broke barriers in the Star Wars universe: not a princess, not a victim, not some emotionally tortured Jedi. She played a woman who kicked ass & who girls looked up to.,” Cruz said on Twitter. “She was instrumental in making Star Wars fun again. Of course Disney canceled her.”Ben Shapiro, editor of The Daily Wire, has also been vocal about Carano’s firing. In his popular podcast, Shapiro said the firing is “indicative of where we are in the culture, and it is a terrible moment of American culture.”Announcing the news of the Carano-led movie, Shapiro tweeted “#GinaCaranoIsUncancelled.”“We’re eager to bring Gina’s talent to Americans who love her, and we’re just as eager to show Hollywood that if they want to keep canceling those who think differently, they’ll just be helping us build the X-wing to take down their Death Star,” Shapiro said Friday, according to The Daily Wire.“This is just the beginning.. welcome to the rebellion,” Carano added.