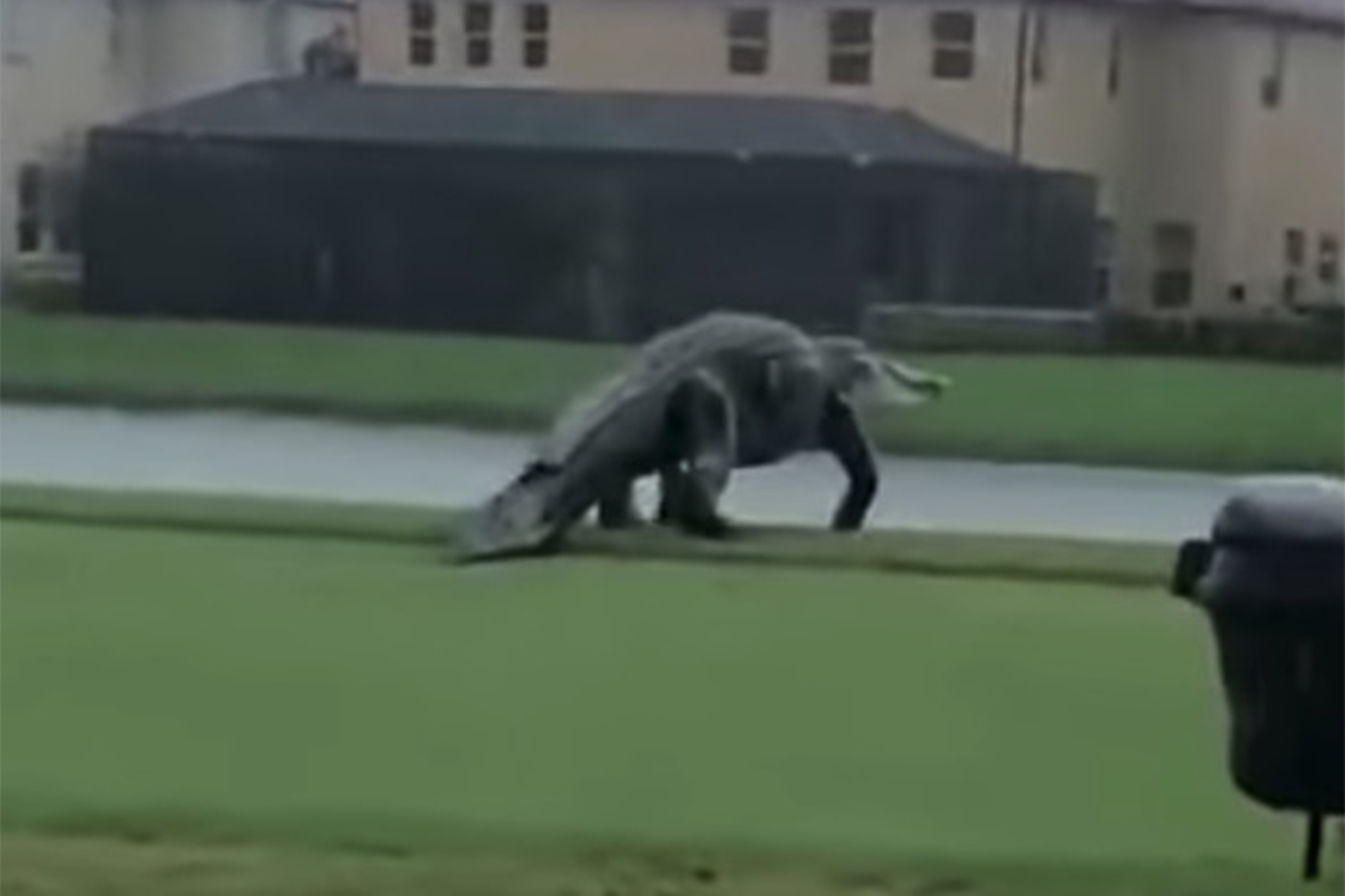 The behemoth alligator caught taking a stroll at a Florida golf course — and stupefying the whole of social media — is “nothing abnormal,” according to gator experts.

The mammoth mutant was spotted at Valencia Golf & Country Club in Naples Wednesday as Tropical Storm Eta bore down on the Sunshine State, its massive swinging tail and hulking walk sparking questions over whether it was real or something out of Jurassic Park.

“Not very many people get to see alligators high walk,” John Brueggen, director at St. Augustine Alligator Farm Zoological Park, told Huffington Post in an email. “But there is nothing abnormal about this alligator.”

Gator expert Brandon Fisher told the outlet that the creature “seems pretty legit” despite the gators’ unusual gait — which happens when they stand up with “full legs spread out completely.”

He estimated that the reptile was nine or 10 feet long — admittedly big for a “golf course gator.”

“Adult alligators, especially getting up to that nine-to-10 foot range and above, their legs are about a foot-and-a-half to two feet long,” Fisher said. “So, when they stand up, and they do that high walk, they’re going to look tall.”

Meanwhile, Dave Steen, reptile and amphibian research leader of the Fish and Wildlife Research Institute for the Florida Fish and Wildlife Conservation Commission, told HuffPost that the gator’s appearance may just appear shocking with no context.

“I think some people might have a distorted sense of scale when looking at the photo,” Steen said. “And the alligator may appear larger than it really is. I think many folks also aren’t used to seeing an alligator walking in the open.”

“There’s nothing unusual about the video. It’s a good-sized alligator out for a stroll,” he concluded.