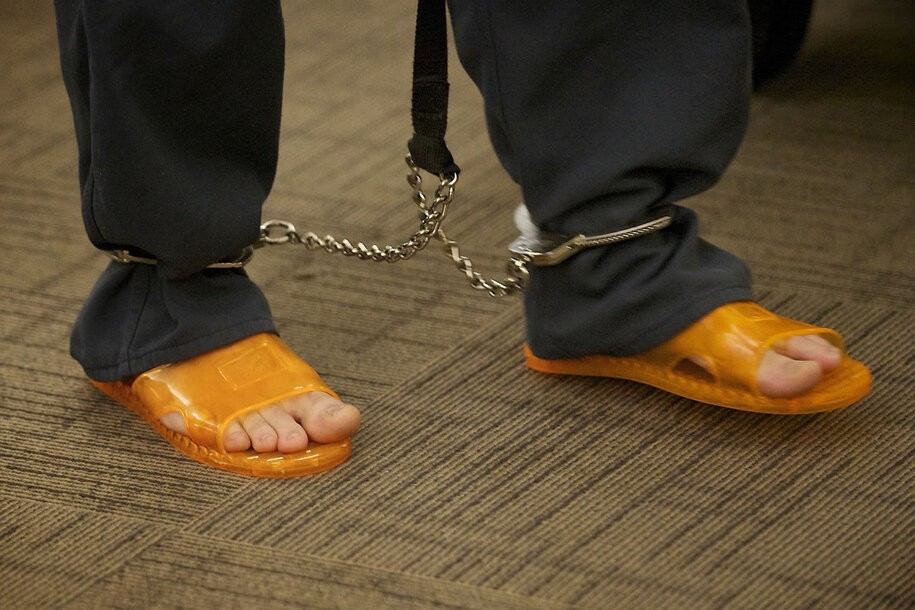 Prison mortality is way up over the past decade, and many inmates die while awaiting trial.

Selected excerpts from the March edition of Harper’s Index (not yet on-line):

Percentage increase last year in use of the phrase “technical difficulties” during corporate earnings calls: 310
In use of the phrase “you’re on mute”: 1,000
Of the phrase “unprecedented times”: 70,830
Estimated portion of countries that will be poorer in 2100 than they would have been without climate change: ¾
Projected percentage change in average income by 2100 in the poorest 20 percent of countries: -75
In the richest 20 percent of countries: 0
Percentage of parents aged 27 to 45 who have “a negative vision of the future”: 92
Who regret having children: 6
Percentage increase in the mortality rate in large U.S. jails over the past decade: 35
Portion of inmates who died during that period who were awaiting trial: 2/3
Estimated percentage increase in the number of U.S. deaths last year: 15
Year in which the United States last saw so great an increase: 1918
Percentage of Americans who believe that 2021 will be better than 2020 for them personally: 44
Who believe that 2021 will be better for the world: 37

Lindsey Graham Predicts Kamala Harris Impeachment if GOP Retakes House, by Justin Baragona. The South Carolina senator also said that the Republican Party needs to fully embrace Trump and make him the face of the party if they want to win moving forward.

The Environmental Threat You’ve Never Heard Of, by Doug Johnson. It’s called coastal darkening, and scientists are just beginning to explore its growing threat to all sorts of marine life.

xLIFE IMITATES ARTRepublicans: “Trump was acquitted twice!”Chicago gangster Big Jule in the musical Guys and Dolls: “I used to be bad when I was a kid, but ever since then I’ve gone straight, as has been proved by my record: Thirty-three arrests and no convictions!”— Victor Laszlo (@Impolitics) February 14, 2021

“It is one thing to overthrow a dictator or to repel an invader and quite another thing really to achieve a revolution.” ~~James Baldwin, The Fire Next Time (1953)

On this date at Daily Kos in 2012—Orrin Hatch claims abortion is ’95 percent’ of what Planned Parenthood does:

Sen. Orrin Hatch is a hardcore old-school conservative. For much of recent history he was considered a conservative stalwart in the senate. That’s not good enough for modern conservatism, however, which is predicated on being so absolutely batshit regressive that Ronald Reagan looks like a communist by comparison, and so Hatch has had his work cut out for him lately trying to placate a base that considers him a traitor to the cause.

Look, we all know that Planned Parenthood does 400,000 abortions a year or more, and yet that’s supported by the federal government. They claim that money isn’t, uh, they don’t use federal funds, well, about 95 percent of all they do, from what I understand, is abortion.

Oh! In the senate playbook we call that “Pulling a Kyl.” Last year, on the floor of the Senate, Sen. Jon Kyl famously declared abortion was “well over 90 percent of what Planned Parenthood does.” It was an assertion so obviously and profoundly false that his office could do nothing but issue a now-famous press statement that his claim was “not intended to be a factual statement.” Then, after becoming a national laughingstock (well, more so, anyway) Kyl “revised his remarks” in the congressional record to erase the claim, which you can do if you are a senator, and which I think senators believe alters the fabric of spacetime in such a way as to make the thing not have ever happened.

Have you been vaccinated against the coronavirus?

Have you been vaccinated against the coronavirus?

No, but I have an appointment to get it done

No, because my priority group hasn’t come up yet

No, I am in one of the current priority groups, but my health care provider doesn’t have enough doses available

No, I do not plan on being vaccinated