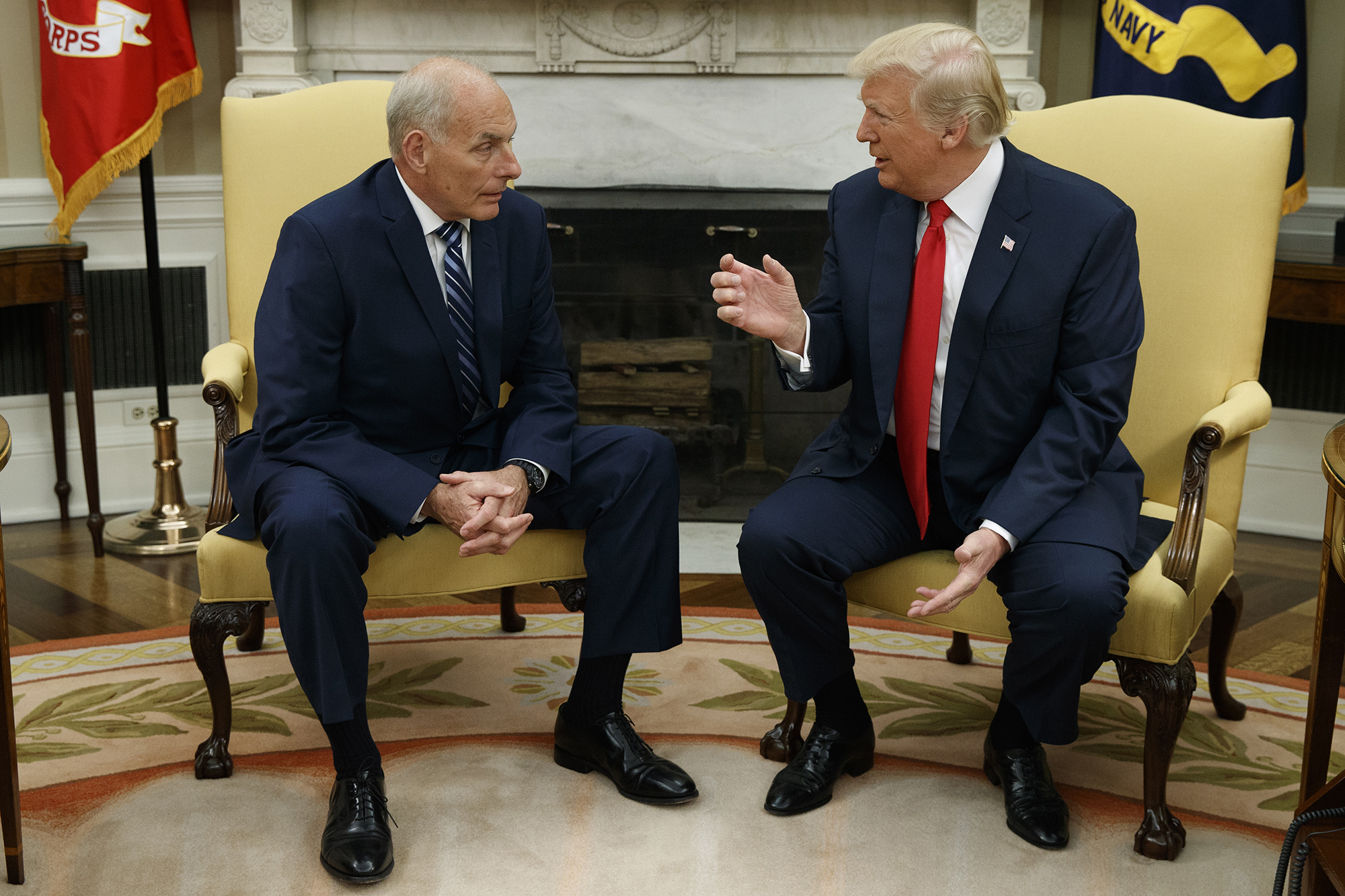 President Trump’s former chief of staff is joining the chorus of Washington insiders demanding the start of a Biden administration transition — ever so gently.

“I know Mr. Trump better than most people do,” retired four-star Marine Corps general John Kelly told Politico. “I know that he’ll never accept defeat and, in fact, he doesn’t have to accept defeat here. He just has to do what’s best for the country and in the country’s interest.”

The federal General Services Administration has not yet green-lit a start to presumptive president-elect Joe Biden’s White House transition — prompting threats of a lawsuit and protests from some congressional Republicans.

Kelly served as Trump’s top aide from July 2017 to January 2019 and as Secretary of Homeland Security in the early months of the administration.

“The transition, in the national security realm in particular and the homeland security realm, is just so important that every day that the transition is delayed really kind of handicaps” the incoming administration, Kelly said. “It’s not a process where you go from zero to 1,000 miles per hour.”

“Mr. Trump doesn’t have to concede if he doesn’t want to, I guess, until the full election process is complete,” he added. “But there’s nothing wrong with starting the transition.”

The Trump campaign is pursuing multiple lawsuits to demand recounts and audits of the vote in several states — and is operating “under the assumption that there will be a second Trump term,” White House trade adviser Peter Navarro said Friday.

Tags:biden, kelly, pleads, start, transition, trump
We use cookies on our website to give you the most relevant experience by remembering your preferences and repeat visits. By clicking “Accept All”, you consent to the use of ALL the cookies. However, you may visit "Cookie Settings" to provide a controlled consent.
Cookie SettingsAccept All
Manage consent