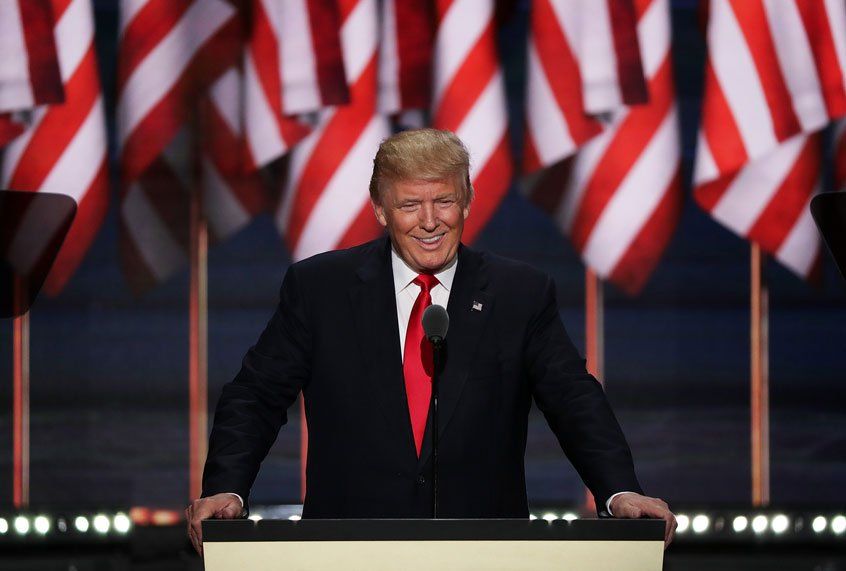 Donald Trump Republican presidential candidate Donald Trump acknowledges the crowd during the evening session on the fourth day of the Republican National Convention on July 21, 2016 Alex Wong/Getty Images With the virtual Democratic National Convention in the rear-view mirror and the nomination handed to former Vice President Joe Biden, Democratic strategists plan to do everything they can to disrupt the Republican National convention slated to start next week.After a week of Donald Trump taking daily shots at the Democratic ticket of Biden and Sen. Kamala Harris (D-CA), along with speakers who were live-streamed into the convention, the Democratic Party plans to hit the president with a daily barrage of  attacks zeroing in on the lowlights of his failed administration.According to a report at the Washington Post, “The party is attempting to cast everything about Trump as chaotic and disruptive, from the way he runs the presidency to what appears on his Twitter feed, from his approach to the coronavirus pandemic to the speaking lineup for his nominating convention.”With that in mind, Democrats will “release videos each day highlighting what they view as Trump’s biggest failures and showcasing the stark contrast between the president and his Democratic rival.”Democrats will also try and get under the president’s skin and take him off-message with speeches by Trump foes House Speaker Nancy Pelosi (D-CA), and Gov. Gretchen Whitmer (D) of Michigan among others who will speak every day during the Republican convention.Tom Perez, the chairman of the Democratic Party, explained the strategy saying, “Whereas our themes, our unity and our speakers exude optimism and hope in the face of so many challenges, the Republican convention next week will be marked by chaos, chaos, chaos.”You can read more here. Related Articles