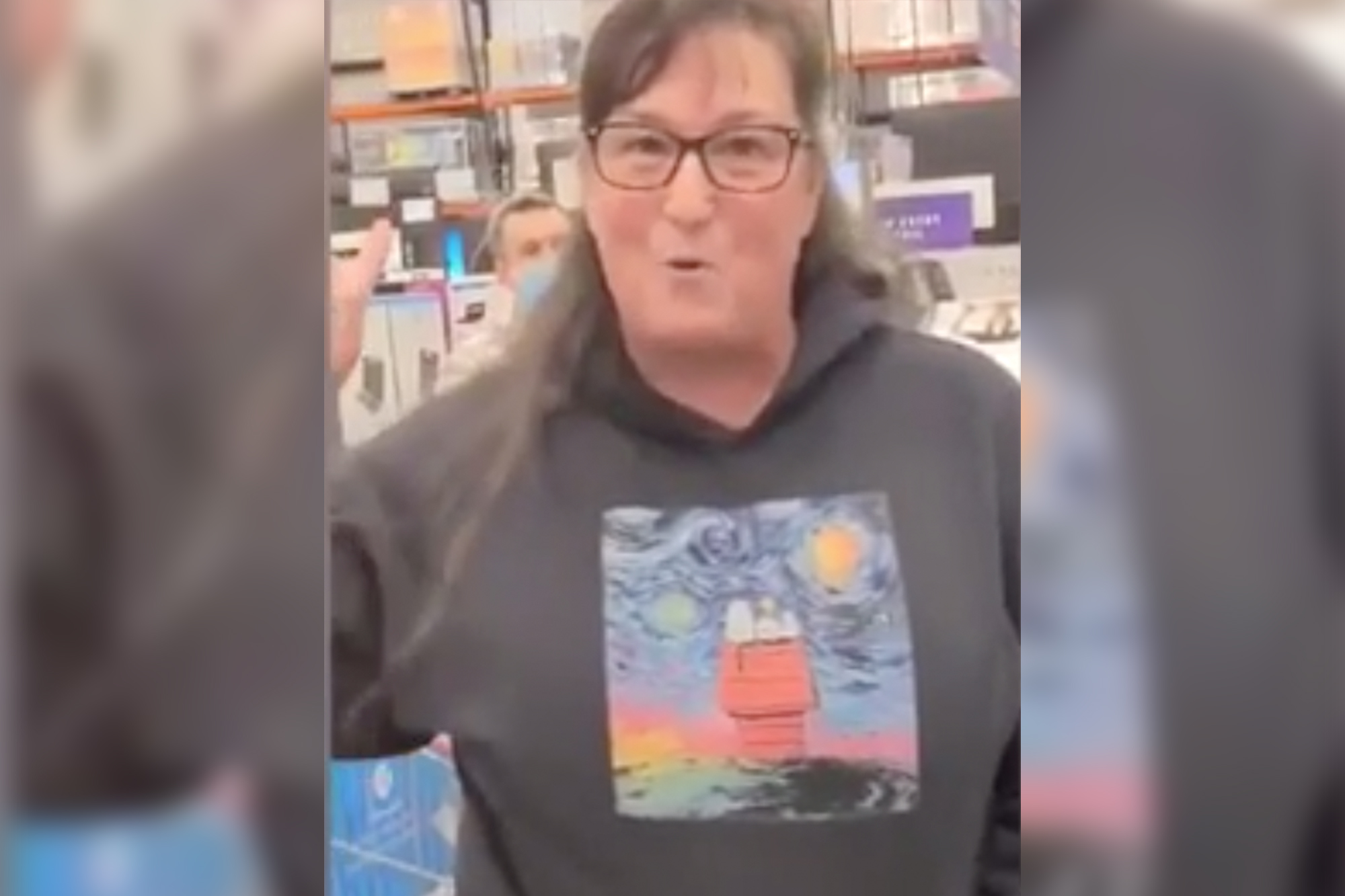 A woman was removed in handcuffs from a Costco in Northern California after she caused a scene while refusing to wear a mask, authorities said.

Viral video of the Tuesday incident in Eureka showed the woman taunting customers on the line and downplaying the seriousness of the pandemic.

“There’s no reason why I shouldn’t be able to shop without a mask on,” the woman says.

“Haven’t you heard about the virus?” replies another woman who was recording the tirade.

“The masks don’t work!” shouts the maskless woman. “This has going been on for almost a year now! If they work so well, why are people still getting sick? Can you answer that question?”

“Yeah, I can. Because they don’t wear their masks,” the camerawoman replies.

The video then cuts to the cops handcuffing the woman and escorting her outside the store.

The maskless woman allegedly snatched an employee’s phone, but gave it back as soon as she heard the cops were called. Police have not released the woman’s identity.

Cops also filed a complaint to the district attorney’s office stating the woman failed to wear a mask in public.

Tags:California, costco, handcuff, maskless, woman
We use cookies on our website to give you the most relevant experience by remembering your preferences and repeat visits. By clicking “Accept All”, you consent to the use of ALL the cookies. However, you may visit "Cookie Settings" to provide a controlled consent.
Cookie SettingsAccept All
Manage consent