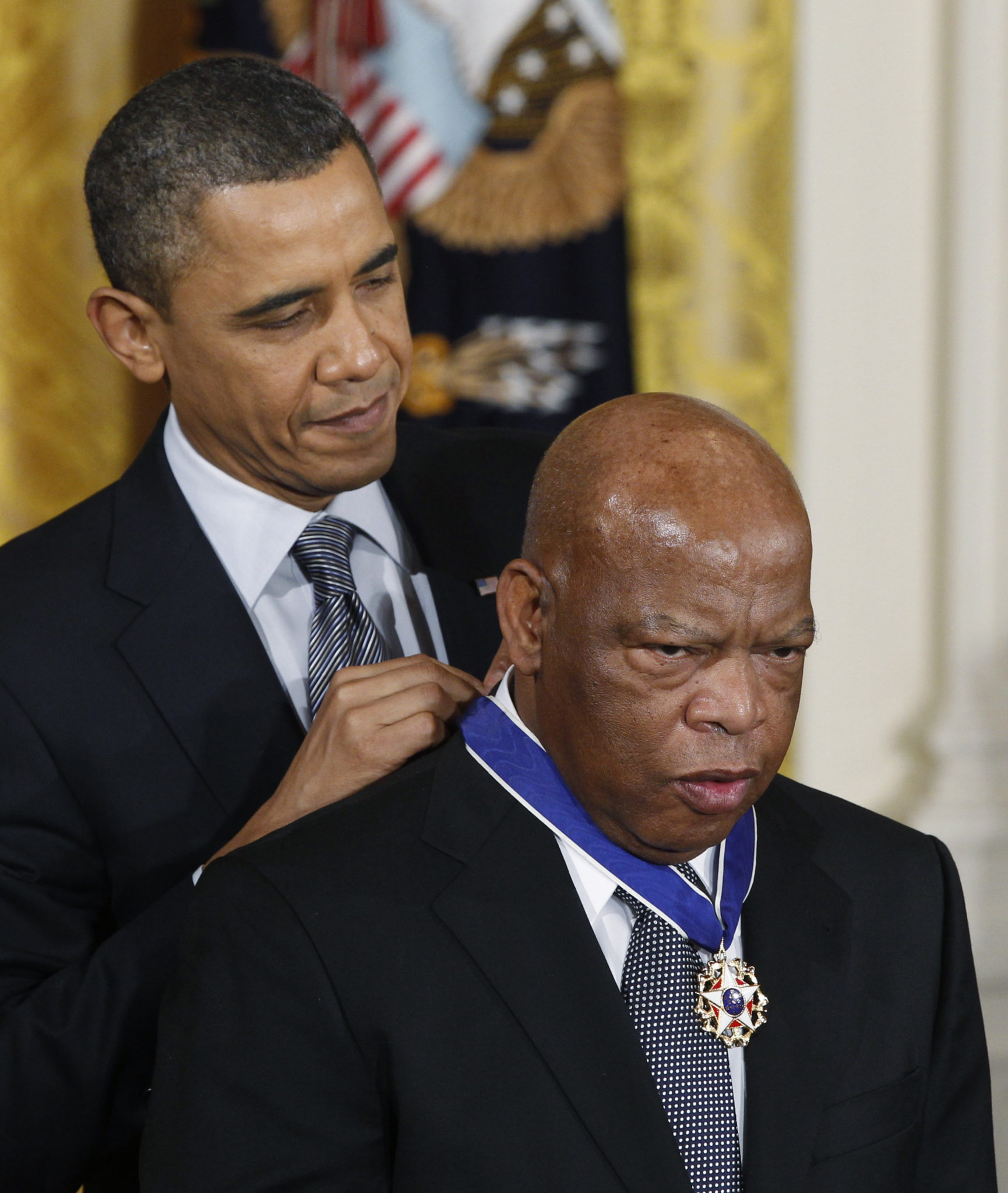 When long-serving and revered lawmakers pass away, it is customary for past and current Presidents to attend the funeral. This hasn’t been the case with Donald Trump. At the request of the family, Trump was not invited to the funeral of legendary Republican John McCain.
While Trump did attend the services for former President George H.W. Bush, he was largely boxed out by the previous Presidents who were these. George W. Bush, Bill Clinton and Barack Obama won’t need to box Trump out at John Lewis’ funeral as the current President will not be in attendance.
CNN’s Stephanie Gallman reports, “Presidents Clinton, Bush, and Obama will be attending and participating in Congressman John Lewis’s funeral Thursday in Atlanta. President Obama will deliver the eulogy.”

JUST IN – Presidents Clinton, Bush, and Obama will be attending and participating in Congressman John Lewis’s funeral Thursday in Atlanta. President Obama will deliver the eulogy.
— Stephanie Gallman (@sgallman) July 29, 2020

Barack Obama and John Lewis had a special relationship. After the Georgia’s Congressman’s death, the 44th President wrote:
“I first met John when I was in law school, and I told him then that he was one of my heroes. Years later, when I was elected a U.S. Senator, I told him that I stood on his shoulders. When I was elected President of the United States, I hugged him on the inauguration stand before I was sworn in and told him I was only there because of the sacrifices he made.”
Trump’s relationship with Lewis was far different. The President never quite got over the fact that the Georgia lawmaker refused to attend his inauguration. Trump lashed out at the legendary Civil Rights activist, calling him, “All talk, talk, talk – no action or results.”