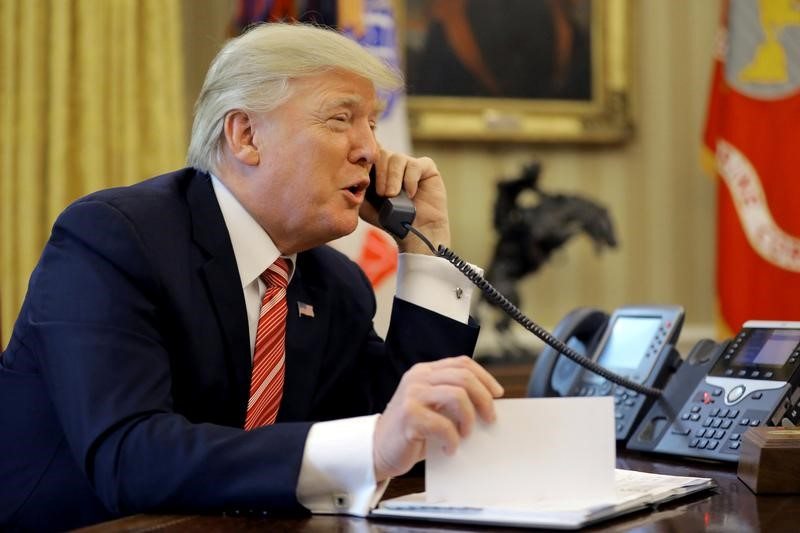 Arizona Sec. of State Katie Hobbs has requested a criminal investigation into Trump and his allies for potential felony election interference.

Arizona Secretary of State Katie Hobbs on Wednesday asked Attorney General Mark Brnovich to open a criminal investigation into possible efforts by former President Donald Trump and his allies to influence Maricopa County supervisors as the ballots were still being tallied.
Hobbs said some of the communications “involve clear efforts to induce supervisors to refuse to comply with their duties,” which could violate Arizona law.

….
“The reporting also includes firsthand statements from the victims of this potential crime,” Hobbs said. She cited at least one potential felony charge under Arizona law.

Trump Could Be Facing Criminal Charges In Multiple States For Election Interference
Trump is also under investigation in Georgia for his possibly illegal efforts to pressure Georgia officials to find votes for him and overturn the election results.  Trump also tried to steal Michigan by pressuring local election officials in Wayne County.

The Manhattan criminal investigation into Trump and the Trump Organization has been getting the bulk of the attention, but Donald Trump, Rudy Giuliani, and their allies could be facing felony criminal charges in one or more states of their efforts to try to overturn Joe Biden’s victory.
As Trump creates fake Rose Gardens to hold press conferences in, the law is closing in on him on multiple fronts. Trump’s possibly illegal efforts to steal the 2020 election could be coming back to haunt him.
Mr. Easley is the managing editor, who is White House Press Pool, and a Congressional correspondent for PoliticusUSA. Jason has a Bachelor’s Degree in Political Science. His graduate work focused on public policy, with a specialization in social reform movements.
Awards and  Professional Memberships
Member of the Society of Professional Journalists and The American Political Science Association