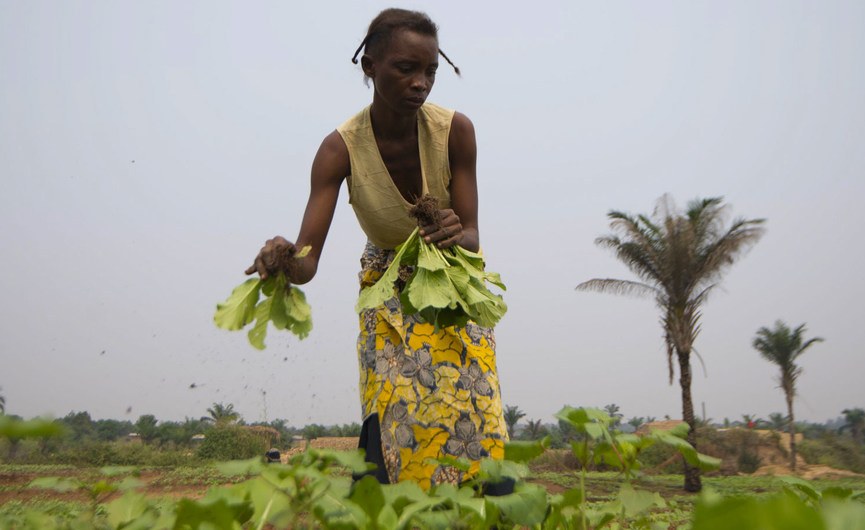 Today’s G7 meeting is a potential gamechanger for preventing famine in crisis countries if world powers step up
There is no shortage of food in the world today, yet hunger levels are rising. While global food production increases, hunger afflicts more people now than at any time since 2015, when governments around the world agreed to stamp it out.
At least 174 million people across the planet are experiencing crisis levels of food insecurity. This means that millions of families are eating just one daily meal, and parents are skipping food for an entire day so their children don’t go to bed hungry. Conflicts are causing this crisis, exacerbated by the economic impacts of the pandemic and the climate crisis.
G7 ministers are meeting in London this week amid this bleak reality, and are expected to adopt new measures to prevent famine and food insecurity. If sufficiently ambitious, a proposed Humanitarian Crises and Famine Prevention plan could galvanise their governments to better respond to food crises before they escalate into famine, as well as to respond urgently to the millions of people already on the brink.

Two concrete factors will determine if the proposed famine prevention compact will be a gamechanger for the world’s most vulnerable communities.
First, the G7 governments of Canada, France, Germany, Italy, Japan, the United Kingdom and the United States must make new commitments to fully fund United Nations aid appeals and invest in preventing food crises from escalating. Experience shows that investment in preparedness is far more cost effective than responding to emergencies once they have developed.
The gap between humanitarian needs and funding is widening. Crisis countries like Syria, Somalia, Yemen and the Democratic Republic of the Congo are among 20 countries listed by the UN as being at risk of famine, but are desperately underfunded.

This is in part because some donor nations, including the UK, are slashing aid funding just when it is needed most. Last week, the Foreign Secretary, Dominic Raab, said ‘no-one is going hungry because we’re not signing cheques.’ If only this were true.
The UK government is also cutting aid across Africa, despite the UN warning that 15 of the 20 countries most at risk of famine are on the continent. UK aid was vital in preventing famine in Somalia in 2017 when drought uprooted over a million people from their homes.
Early action supported by British people’s money provided water, food and hygiene support that saved lives and reduced human suffering. Yet a recent leaked memo points to government plans to cut global water and sanitation aid by 80 per cent.

In the Middle East, UK aid to Yemen previously helped pull the country back from the brink of famine, treated children for malnutrition and rolled back diseases like cholera. Today, Yemen is closer to famine than it has ever been – over 16 million people face going hungry in 2021. Yet at a donor summit in March, the UK pledge was almost 60 per cent lower than in 2019.

The second factor determining if the famine prevention plan will reverse the global hunger emergency is whether G7 governments will use their diplomatic power to ensure conflict-affected communities can physically access aid, and moreover, prevent wars in the first place.
This powerful group of governments play an essential role in promoting international law that protects civilians caught up in conflict, and have the power to help realise the UN’s calls for ceasefires and peace processes in the context of the pandemic.
Working in crises in nearly 50 countries, we have seen firsthand authorities increasingly abusing their power to restrict how freely humanitarians can move, depriving communities in whole regions from accessing aid.

Non-state armed groups are equally a growing threat to our ability to deliver relief. Action Against Hunger and Norwegian Refugee Council staff, clinics and offices were recently the target of attacks in northeast Nigeria, leaving hundreds of thousands at risk of losing access to essential aid.
This must stop.
The UK claims that fighting hunger is a foreign policy priority, yet it continues to cut aid funding to the countries where people are most at risk. This week’s G7 gathering of foreign and development ministers gives the UK the opportunity to partly redeem itself, by working with its partners to ensure concrete action to prevent famines.
The lives of 174 million people depend on it.
Any views expressed in this opinion piece are those of the author and not of Thomson Reuters Foundation.
By Jan Egeland, Secretary General of the Norwegian Refugee Council, and Jean-Michel Grand, Executive Director of Action Against Hunger-UK