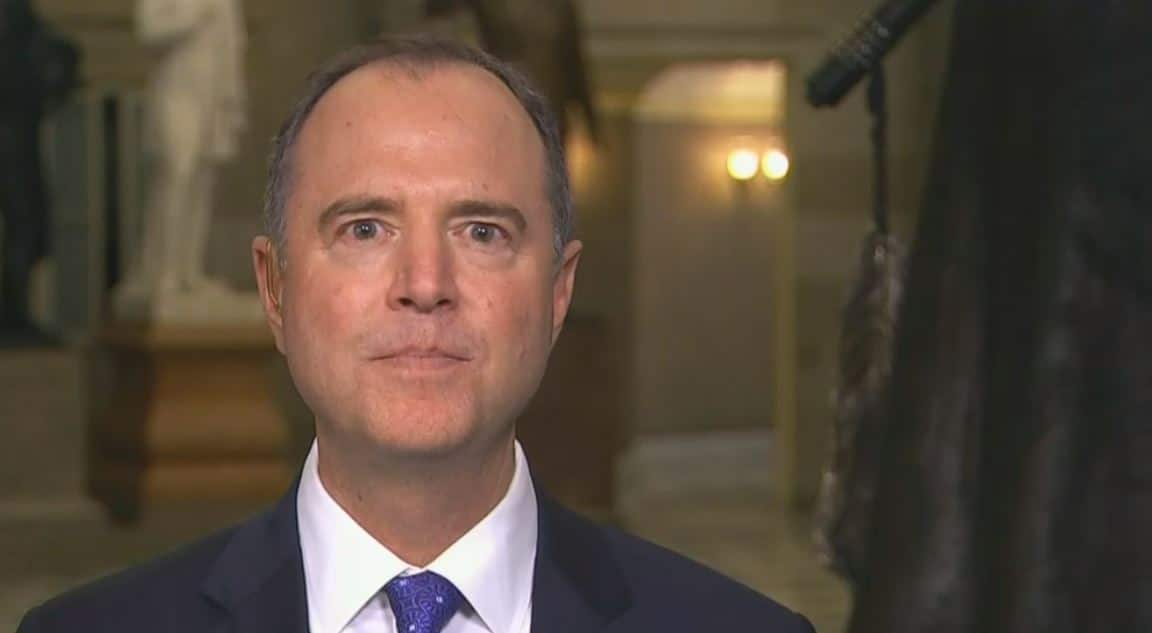 Adam Schiff announced that he has a new whistleblower related to Trump retaliation and the censorship of Russian election interference intel.
House Intelligence Committee Chairman Schiff said in a statement:
The whistleblower retaliation complaint filed by former Acting Under Secretary for Intelligence and Analysis Brian Murphy outlines grave and disturbing allegations that senior White House and Department of Homeland Security officials improperly sought to politicize, manipulate, and censor intelligence in order to benefit President Trump politically. This puts our nation and its security at grave risk.

Mr. Murphy’s allegations are serious — from senior officials suppressing intelligence reports on Russia’s election interference and making false statements to Congress about terrorism threats at our southern border, to modifying intelligence assessments to match the President’s rhetoric on Antifa and minimizing the threat posed by white supremacists. We have requested Mr. Murphy’s testimony before the Committee, pursuant to subpoena if necessary, alongside other already scheduled interviews with other DHS officials.
But this complaint also puts into stark relief how dangerous and harmful it is for American voters that the Trump Administration has decided to end briefings to Congress about foreign interference in our upcoming election. Last month, in a bid to prevent informing the American people and its elected representatives about Russian efforts to help President Trump and hurt Joe Biden, the Trump Administration announced that it would cease briefing Congress in person, and rely on written products alone. But if written products are being altered for political reasons, or worse withheld entirely, how can the American people trust that this Administration will inform voters on how foreign powers are trying to influence them, or where the threats really come from, and protect our national security— particularly when it contradicts the President’s preferred narrative or personal political interests? In short, they can’t, and that’s dangerous.
We will get to the bottom of this, expose any and all misconduct or corruption to the American people, and put a stop to the politicization of intelligence.
If there was ever a time for an immediate nationally televised hearing, this is it.
Trump has clearly been trying to keep the American people in the dark about Russia’s efforts to interfere in the election to help his campaign. Now, a whistleblower has come forward who can detail how intelligence is being politicized, censored, and withheld from the American people.

The bad news keeps getting worse for Trump, as he is not getting away with enabling and hiding Russian election interference in 2020.
Trump can’t win a fair election, and the American people are being informed about Putin’s efforts to keep Trump in office.
For more discussion about this story join our Rachel Maddow and MSNBC group.
Follow and Like PoliticusUSA on Facebook
Mr. Easley is the founder/managing editor and Senior White House and Congressional correspondent for PoliticusUSA. Jason has a Bachelor’s Degree in Political Science. His graduate work focused on public policy, with a specialization in social reform movements.
Awards and  Professional Memberships
Member of the Society of Professional Journalists and The American Political Science Association