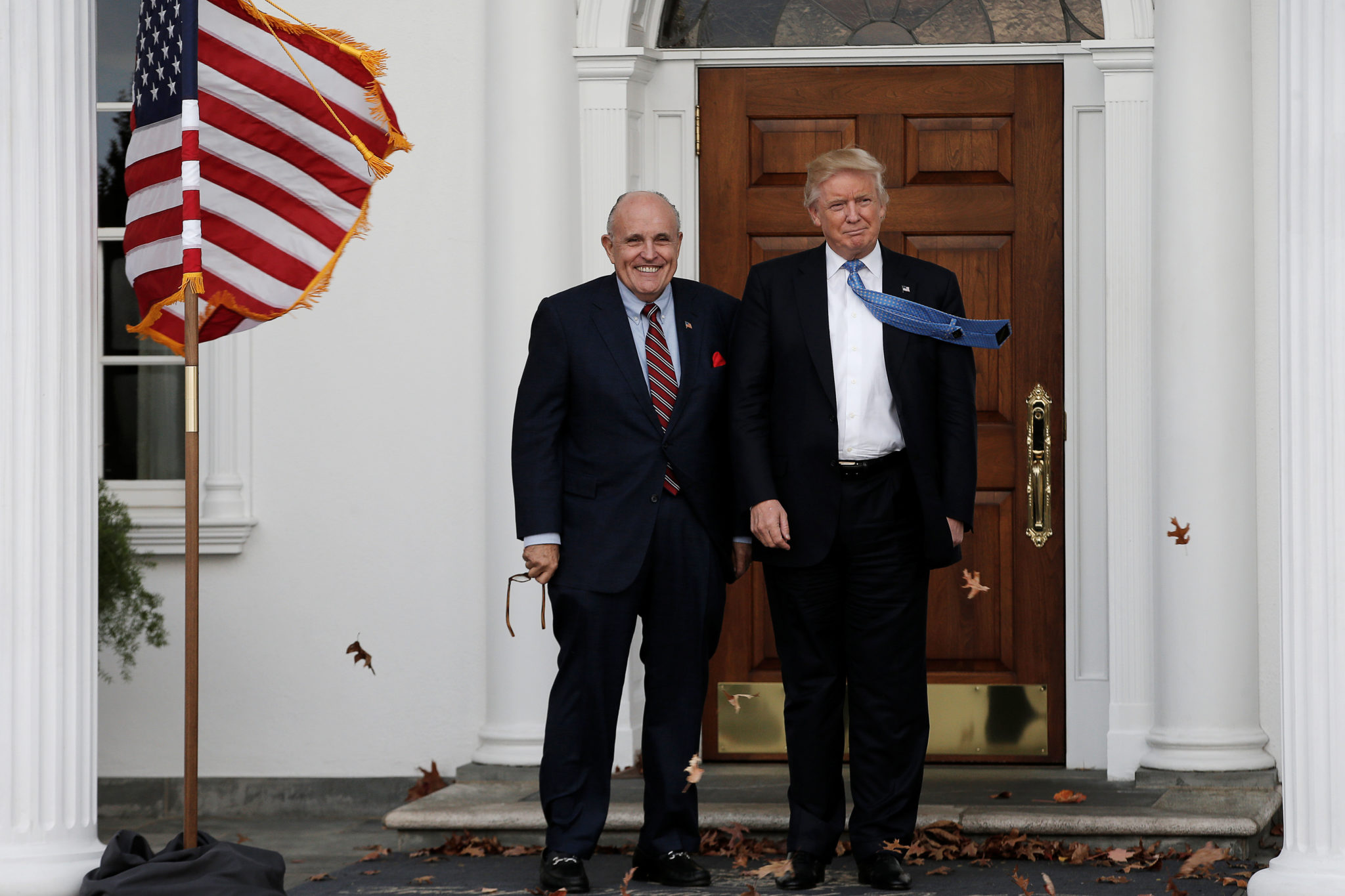 After Rudy Giuliani threw a fit, 75 Pennsylvania House Republicans sent a letter urging the state’s congressional delegation to object to the state’s electoral college votes being given to Joe Biden.
The letter:

There is zero chance of this happening, but it was a move to appease Trump:

This comes a day after Cutler and Benninghoff signed a separate letter saying PA General Assembly would not upend the results in Harrisburg and appoint electors themselves — and just hours after Rudy Giuliani and other Trump allies called them “traitors” and “cowards” for it
— Jeremy Roebuck (@jeremyrroebuck) December 4, 2020

The new later came after Rudy Guiliani threw a tantrum and complained about state legislatures following the law and refusing to overturn the election for Trump.
The behavior of many elected Republicans since Joe Biden won has been an example of a level of political cowardice that in another time would have made removal from office a certainty. House Republicans are trying to cater to Trump.
It doesn’t seem to matter that Donald Trump is no longer going to be in office. Republicans at many levels of government will continue to bow down and appease him because they are more afraid of running afoul of a failed one-term president than they are of the consequences of not doing the right thing and protecting America’s electoral system.
For more discussion about this story join our Rachel Maddow and MSNBC group.
Follow and Like PoliticusUSA on Facebook
Mr. Easley is the founder/managing editor, who is White House Press Pool, and a Congressional correspondent for PoliticusUSA. Jason has a Bachelor’s Degree in Political Science. His graduate work focused on public policy, with a specialization in social reform movements.
Awards and  Professional Memberships
Member of the Society of Professional Journalists and The American Political Science Association